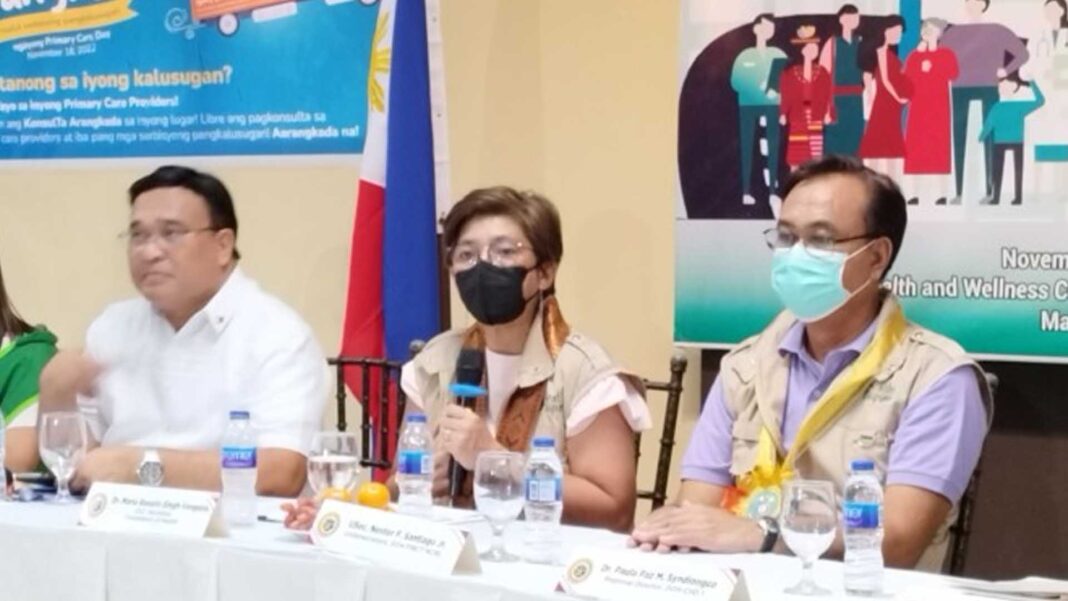 Some 420 residents of this town have availed of free services of the Department of Health (DOH)’s primary care van.

In an interview on Tuesday, Gina Gomez, one of the beneficiaries, said the van has saved her time and money.

“I usually go to Region 1 Medical Center in Dagupan City to have my X-ray and electrocardiogram (ECG) but with the primary care van, I need not go far and I could also avail the services for free,” she said.

Mayor Jeremy Agerico Rosario, in a separate interview on Monday, said the van has already served more than 400 residents since the launching on Nov. 18.

“The van is operational during weekdays, situated in front of the Rural Health Unit,” he said.

He added they are considering the clustering of barangays in order to accommodate all the residents of the town.

“Aside from the free medical services, the primary care van raises awareness on some diseases that could be prevented by seeking medical intervention earlier,” he said.

Vergeire said the van will go around Ilocos Region offering free X-ray and ECG as well as laboratory tests including detection tests for tuberculosis and Covid-19.

“We wanted to reach the far-flung areas for them to avail of these services that are not accessible to them,” she said.

DOH-Ilocos Regional Director Paula Paz Sydiongco said the launching of the primary care van is part of the implementation of the Universal Health Care Law. (PNA)

After dominating many tournaments throughout the year, the Philippine women's football team "Filipinas" surpassed a significant milestone in 2022.
Travel

After travel restrictions were loosened in 2022, the Legazpi Tourism Office saw a rise in visitors of at least 200%.
News

In Eastern Visayas, the Department of Environment and Natural Resources reports seeing more than 2,000 kinds of waterbirds, some of which are uncommon breeds.
News

Numerous government agencies and local government units in Sarangani have collaborated in planning programs for agrarian reform beneficiary members that would boost their organizations.
Entertainment

Get ready to witness another daring moment in “Magic Mike’s Last Dance,” as Salma Hayek Pinault reveals another scene with Channing Tatum in its latest trailer.