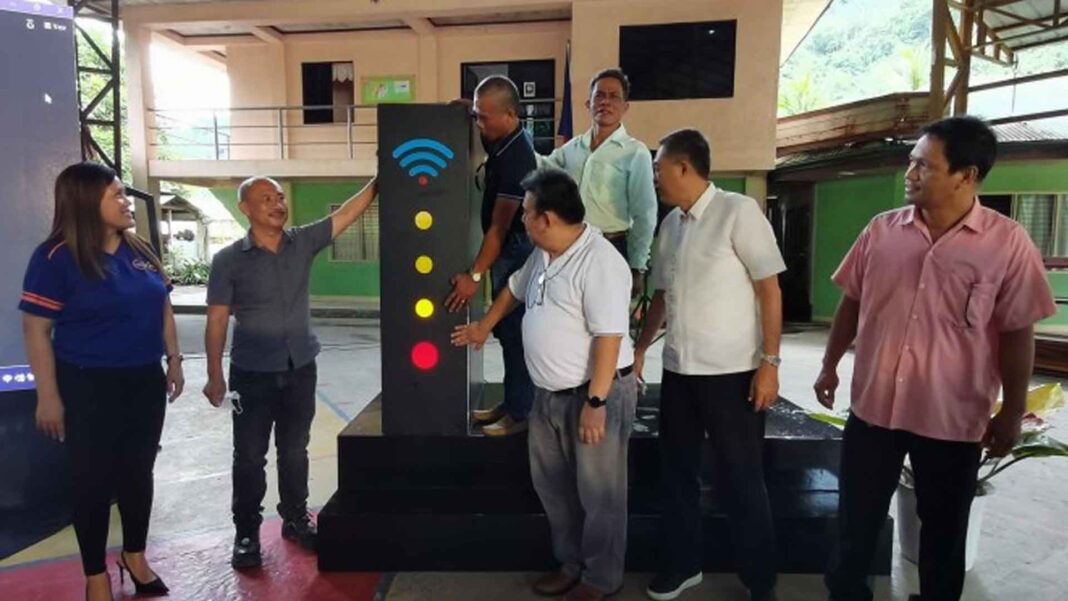 Thousands of residents, students and the communities in Barangays Caidiocan and Malaunay in Valencia, Negros Oriental will benefit from the free Wi-Fi project that was officially turned on during a simple switch-on ceremony on Monday.

The ceremony was held at the covered court of the barangay of Caidiocan, one of the three villages in Valencia that host the geothermal power plants of the Energy Development Corporation (EDC).

This is the second free Wi-Fi e-community project to be implemented in Valencia by the EDC in partnership with the Department of Information and Communications Technology (DICT), the National Telecommunications Commission (NTC) and the Negros Oriental Chamber of Commerce and Industry (NOCCI), in cooperation with municipal and local government officials.

The first was in Barangay Puhagan, Valencia which was switched on last year after EDC formulated its e-community project.

NOCCI president Edward Du said sometime in 2017, the project was launched by DICT and its partners with the chamber implementing it in some 36 schools in remote areas in the province.

“We are grateful that EDC has seen the importance and benefits of providing free Wi-Fi access to remote communities to help students and residents to be connected to the rest of the world,” Du said.

“This is historic because during the pandemic, we have launched the project in three barangays that we have connected to the free Wi-Fi in the whole Philippines,” he added.

The EDC provided the funds for the equipment and telecoms infrastructure, while the bandwidth is provided by the DICT and the infrastructure network is from NOCCI, Du said.

He said there are only 3,000 sites in the Philippines and the usual problem is infrastructure so it is difficult to connect to what is known as geographically isolated disadvantaged areas.

DICT Secretary Ivan John Uy, in his virtual message during the event, said one of the priority concerns of President Ferdinand R. Marcos Jr. is to provide more Wi-Fi connectivity across the country.

Uy said the switch on of the Caidiocan and Malaunay free Wi-Fi project is a “testimony on how the partnership between the government and private institutions can accelerate (connectivity) in far-flung communities of our nation”.

He said the government targets to have 15,000 sites starting next year. (PNA)

Department Of Agriculture To Bring Low-Priced Agricultural Products To Sagada