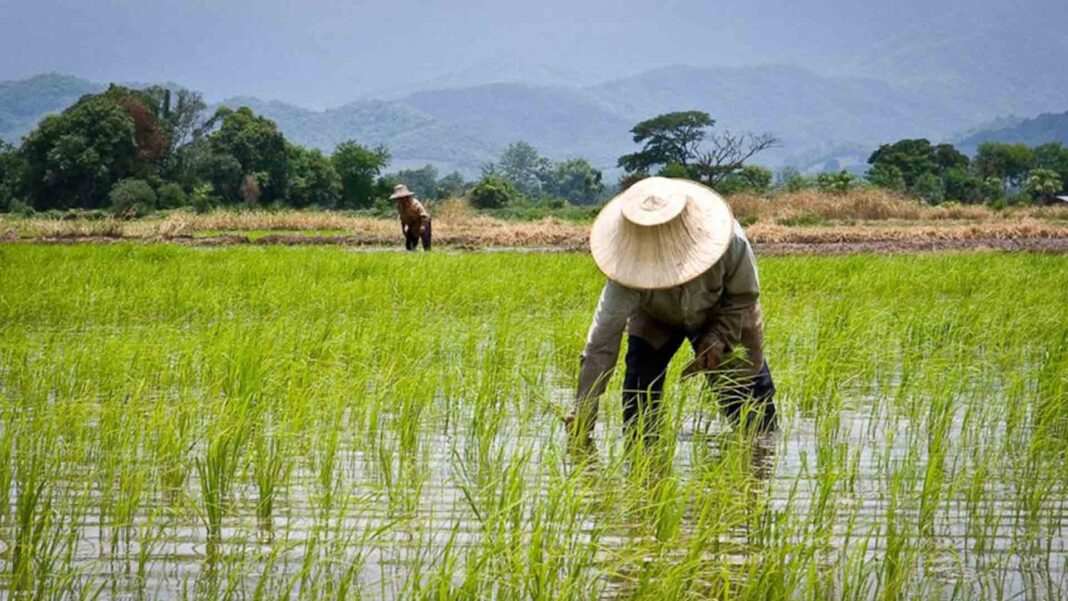 Small-scale farmers can adopt affordable technologies to get them aboard smart agriculture initiatives while governments continuously invest also in the basics to speed up smart agricultural transformation (SAT), an expert said.

Philippine Institute for Development Studies (PIDS) Research Fellow Roehlano Briones said smart agriculture covers a wide range of technologies, some of which could be handled by small farmers.

“Putting up a sensor, simple sensor that will communicate with your mobile phone and the mobile phone is a simple inexpensive smartphone. That one has a greater promise of early adoption,” he said during the recent Asian Productivity Organization’s (APO) productivity talk.

The APO is an intergovernmental organization established in 1961 to increase productivity in the Asia-Pacific region through cooperation, according to its website.

Briones particularly cited the case of the Philippines where the International Rice Research Institute (IRRI) and the Department of Agriculture (DA) are innovating the Rice Crop Manager (RCM), a technology that provides real-time scientific advice to farmers.

“So, this is something that farmers can readily adapt (to). They just need to be able to access and even now through data services, mobile phones. There is nothing that will stop farmers from being able to make use of this example of smart agriculture and not have to wait a month, two months, for the extension officer to come and test their soil and give them advice on the right fertilizer regime given their crop choice,” he said.

Briones also suggested that some farmers collaborate on a smarter best management system being offered by a service provider that makes use of drones and other automated scientific systems for pest control.

“Instead of one farmer availing of the service, it could be a group of farmers in a contiguous area. They agree that they will share this and subscribe to this service. And then together, they will collect the payment and the service provider can help this group of farmers say (by) organizing a cooperative,” he said.

“There are solutions like these or aspects of smart agricultural technologies and I am optimistic that we will see more and more of these in the years to come,” he added.

Briones said other technologies may not require large-scale investment.

“It could be as simple as an upgraded version of a mobile phone that can run a particular app for doing sensor-based analysis, for (the) purchase of actual equipment for sensor-based analysis of the farm. This could be done at the level of individual farmers. However, they need to be convinced,” he said.

To accelerate SAT in APO member countries, Briones said governments must continue investing not just in sophisticated technologies but also in the basics of agricultural transformation.

These include conventional rural infrastructure and research and development (R&D), he said.

“The better your logistics, the more sense it makes for farmers to adopt e-commerce. So that’s an example of all these things, as well as research and development, say the extension system to be able to deliver new products and services to farmers. There has to be an active R&D to generate this new technology,” he added.

Briones also underscored the importance of investments in human resources in the rural workforce, and in computer literacy and openness to new techniques of farmers and fisherfolk.

“That is ultimately the key towards smart agricultural transformation,” he said. (PNA)

Gov’t Reserves Parcels Of Land For IT Centers, Industrial Park

Unilever is back with its Positive Beauty campaign #OwnYourBeauty with more exciting deals on Shopee!

Informal workers in Ilocos Norte received livelihood assistance from the Department of Labor and Employment and the Ilocos Norte government.
News

A female dormitory will soon be established in a secondary school in Antique that will house students from remote villages.
News

A new bridge that will enhance people's mobility will soon be constructed in Aurora.
Load more