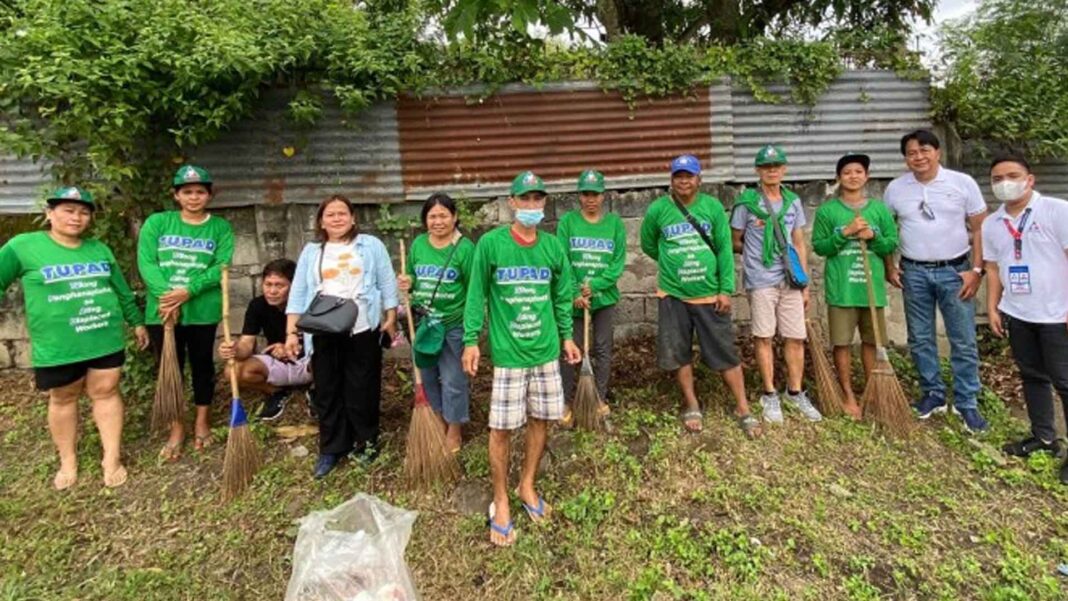 At least 2,206 residents in this province have benefited from the Tulong Pangkabuhayan sa Ating Disadvantaged/Displaced Workers (TUPAD) program of the Department of Labor and Employment (DOLE).

Tolentino said the beneficiaries were farmers, fisher folks, vendors, laborers and other underemployed workers, who each received PHP4,500.

Crispin Villamar, one of the TUPAD beneficiaries, thanked the DOLE for the emergency employment which he said is a big help to his family.

“Mayroon na kaming pangdagdag sa pambili ng pagkain at pambili ng gamit para sa mga bata (We now have an addition to buying food and other things for my children,” said Villamar in social media post, adding that he has three children who are currently studying.

Candaba Mayor Rene Maglanque likewise thanked the DOLE for the assistance extended to his constituents.

He said the beneficiaries are those displaced by Super Typhoon Karding that hit the country last September.

Tolentino said the TUPAD program is also being implemented in other towns of the province such as Lubao and Magalang.

She said DOLE is looking forward to reaching more beneficiaries deserving of the TUPAD assistance in the province.

“We still have remaining allocation pending for implementation within the year,” she added. (PNA)

This 2023, start achieving your dream skin with the newest product from Human Nature, perfect for your everyday make-up routine!
News

The Association of Southeast Asian Nations plans to have more wetlands in Asia to serve as heritage parks to boost conservation efforts in the ecosystem.
News

The United Nations Food and Agriculture Organization recorded a decrease in global food prices as the cost for some necessities dropped.