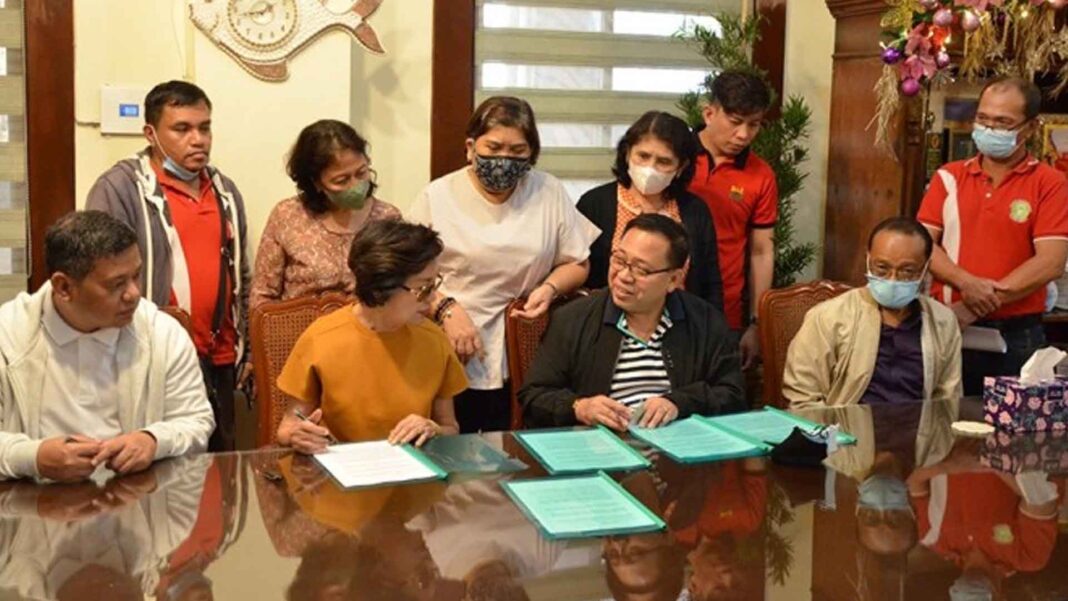 The Department of Agrarian Reform (DAR) announced on Monday that it would finance the construction of a PHP1.5-million greenhouse in Palo town, Leyte province that will aid the livelihood of agrarian reform beneficiaries.

“The greenhouse will help them expand their livelihood activities and generate more income by undertaking the enterprise-based crop nursery project,” Ong said in a statement.

Under the agreement, DAR will guide the group on selecting seed varieties for propagation inside the greenhouse.

The local government, for its part, would take the lead in the implementation of the project, including the engagement and procurement of goods and items.

The project will allow the farmers’ group to provide local farmers access to quality seeds and seedlings and ensure the production of improved crop varieties and better quality of plant materials.

Mayor Petilla thanked DAR for choosing Palo town as the recipient of the project as she assured to support its other projects and programs. (PNA)

The Department of Agrarian Reform has given certificates and e-titles to more than 500 agrarian beneficiaries in Caraga, supporting the region's farmers.
News

The Bataan provincial government had a test run of electric shuttles, which would offer free rides to residents in the area.
News

President Marcos Jr. announced that Brazillian express would assist the country's sugar and ethanol production by providing technologies that would help farmers.