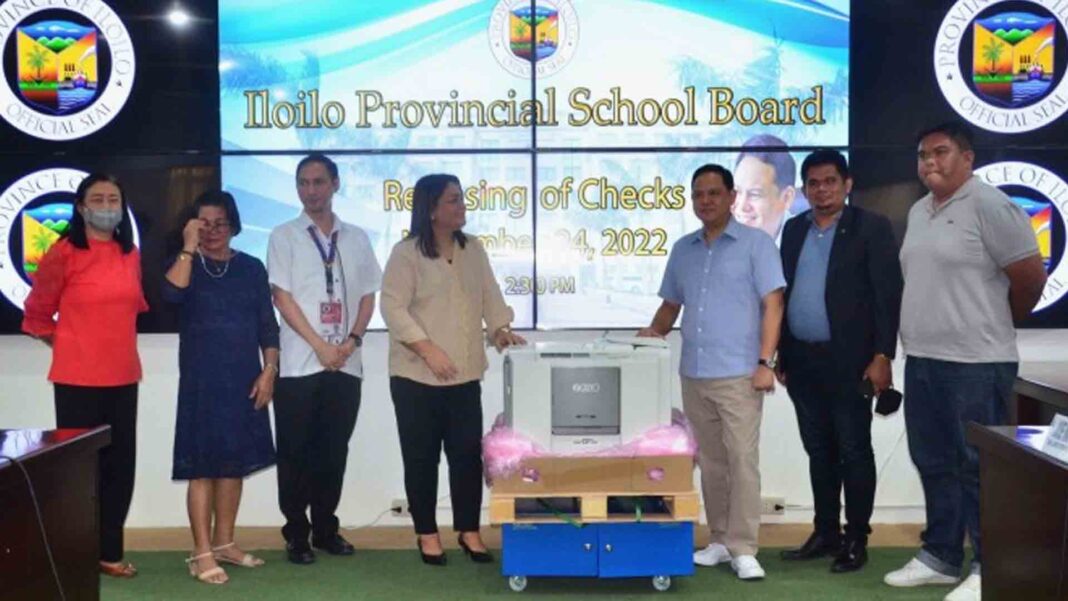 Thirty-four elementary and secondary schools in the province of Iloilo are recipients of PHP100.93 million sourced from the provincial government’s Special Education Fund (SEF).

“We sync with the DepEd to know the needs of the schools,” said Governor Arthur Defensor Jr., who led the distribution of the checks on Thursday.

A press statement released by the Balita Halin sa Kapitolyo on Friday said the provision of assistance is a banner program of the provincial government under the “Bulig Eskwela Sang Probinsya Program” (BES Probins Program).

Defensor signed Executive Order 420 on Sept. 27, 2022 for the implementation of the program for an effective, relevant, and transformative educational system in Iloilo province.

“It (fund) will be used for construction of school buildings, rehabilitation, and repair of facilities, and purchase of laptops and printers, among others,” the press statement added.

The Davao Del Norte government availed a multipurpose dredger that would control floods in some areas.
Travel

The Taipei Economic and Cultural Office eyes on the possible extension of visa-free entry privileges for Philippine passport holders to attract more tourists to their country.
News

The Department of National Defense commended some senators for giving support in assigning more locations for the joint maritime patrols of the United States and the Philippines.
News

The Department of Health has awarded hospitals in Muslim Mindanao for successfully fulfilling the 'no smoking' policy on their premises.
News

The Department of Social Welfare and Development opened Php3.2 million social development projects in Camarines Sur to encourage residents to participate in the community.