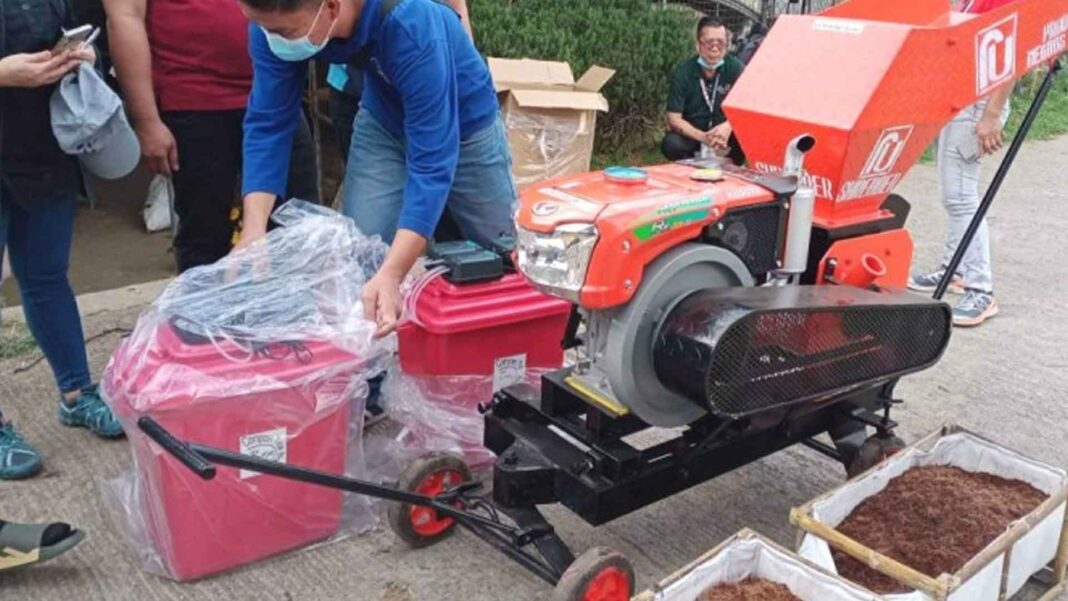 The Department of Agriculture in the Cordillera Administrative Region (DA-CAR) has distributed composting facility supplies worth PHP450,000 to 11 organic agriculture practitioner groups in the region to cut the cost of food production with the use of organic fertilizers.

“Kailangan po talaga namin iyon at makakatulong ng malaki kasi simula pa noong 2016 na nagtatadtad kami para sa compost na gagamitin namin (We need that and it will be of big help to us because we have been chopping for our organic fertilizer since 2016),” Marilyn Peningeo, president of the Itogon Integrated Organic Farmers Association (IIOFA), said in an interview on Thursday.

She said the use of a shredder in the production of compost fertilizer will also shorten the preparation time and produce a bigger quantity, enabling them to produce more organic products in a short time.

The IIOFA received the whole project package worth PHP450,000 composed of a reduction machine, two tea brewers, and 15 kilos of African night crawler.

They are one of the 11 organic practitioner groups in Benguet, Ifugao, Mountain Province, and Kalinga that are receiving the same project package as part of national organic agriculture production (NOAP) aid of the DA to farmers.

Ariel Arenas, DA-Bureau of Soils and Water Management (BSWM) focal person for organic agriculture, said the provision of a small-scale composting facility is in support of the production of soil amendments such as compost which would improve soil fertility, increasing its productivity as well.

” It is contributory to the attainment of one of NOAP’s goals on increasing the volume of organic commodities produced in the region and at the same time increasing farmers’ income by reducing input costs,” he added.

He said part of the responsibility of the BSWM is to install and assure that the machinery is properly working for the full utilization of the provided assistance package.

A ceremonial distribution of the certificate of award to the Benguet beneficiaries was held on Tuesday at the DA-CAR conference hall here, as part of the simultaneous closing program of organic agriculture month and rice conservation month every November. (PNA)