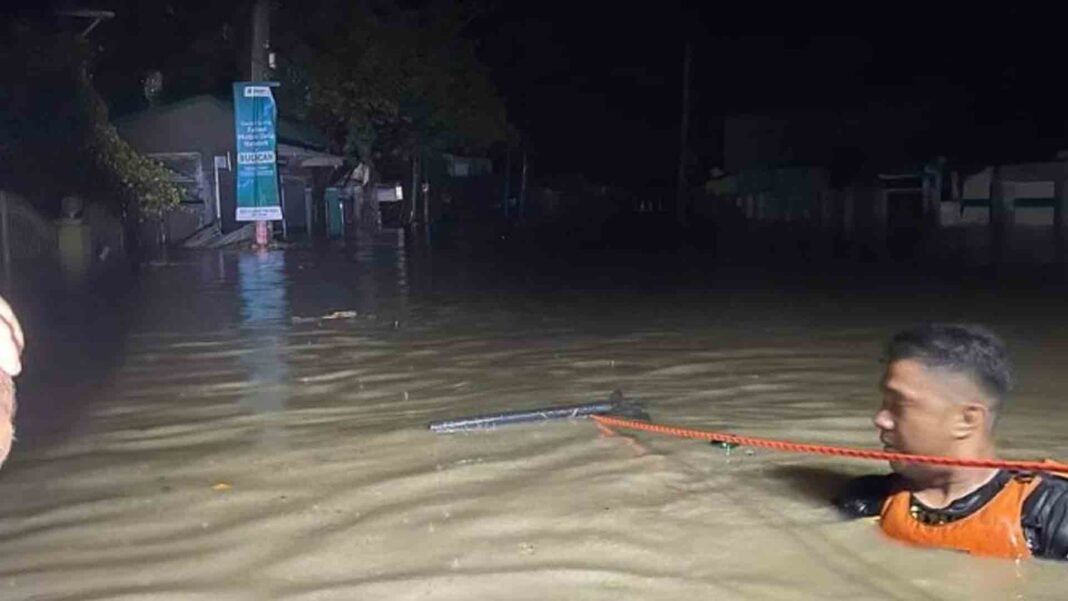 The Philippine Army (PA) and Philippine Air Force (PAF) are now preparing all available personnel and assets for possible humanitarian assistance and disaster relief (HADR) missions in the aftermath of Super Typhoon Karding.

PA spokesperson Col. Xerxes Trinidad, in a statement Sunday night, said the Army has marshaled around 200 personnel who are ready to risk limbs and life to save lives.

“The standby force and transportation assets will be deployed to conduct HADR efforts in Metro Manila and nearby areas, in case the need arises. Central Luzon is expected to bear the brunt of Super Typhoon Karding, the strongest tropical cyclone to directly affect the country this year,” he added.

“PA troops and reservists remain on high alert. Rest assured, your Philippine Army will work hand-in-hand with other government and private sector responders to help our countrymen who live in communities along the path of this super typhoon,” PA chief Lt. Gen. Romeo S. Brawner Jr. said.

Meanwhile, the PAF has placed all of its disaster response task unit (DRTU) personnel, equipment, and air assets in Luzon on alert status for possible HADR missions,

In addition, PAF reservists in the different air reserve centers in Luzon were also placed on standby alert for possible augmentation in the conduct of HADR.

“The heavy engineering equipment and operators of the 355th Aviation Engineer Wing were also placed on standby alert,” she added.

Castillo also said the C-208 Grand Caravan and the Hermes 900 UAV aircraft are alerted to fly for rapid damage assessment and needs analysis.

“Airlift and search-and-rescue assets to include the S-Huey, Huey II, Bell 205, S-70i Black Hawk, UH-1H, Bell 412, and C-295 aircraft are also on standby alert for HADR operations like SAR (search-and-rescue), relief operations, and other related missions,” she added.

Meanwhile, Department of the Interior and Local Government (DILG) Secretary Benjamin ‘Benhur’ Abalos Jr. said a total of 8,642 police officers of the Philippine National Police (PNP) and 11,619 firefighters and personnel of the Bureau of Fire Protection (BFP are currently deployed in affected areas, vital installations and evacuation centers in typhoon-affected regions

He added that 1,596 firetrucks, 103 ambulances, 22 rescue trucks, and seven rescue boats are also on standby.

The LGUs likewise spearheaded in informing village chiefs of weather advisories and other relevant information; advising residents in high-risk areas to take precautionary measures, and immediately evacuate to designated safe sites, when advised by local authorities; pruning of trees, clearing of waterways, street drainage and other preparedness measures were conducted, among others.

“We appreciate LGUs along the path of Super Typhoon Karding for beefing up their preparations and carrying out all necessary preemptive measures needed,” he added.

Abalos likewise reminded all concerned local chief executives (LCEs) to stand their ground and be physically present, especially in affected areas and communities most susceptible to disasters, before, during, and after the weather disturbance.

“It’s crucial that leaders are looking after their constituents in circumstances such as super typhoons. LCEs dapat ang nangunguna sa paghahanda sa anumang sakuna at pagtugon sa pangangailangan ng kanilang nasasakupan (LCEs must take the lead in the preparations for any calamities and in relief efforts to attend to the needs of their constituents),”Abalos said.

Abalos said LCEs who have a valid reason for not being in their respective station should designate an officer-in-charge who will take charge of operations during calamities. (PNA)

PWDs In Bicol Get Php1.9 Million Aid Via Cash-For-Work Program