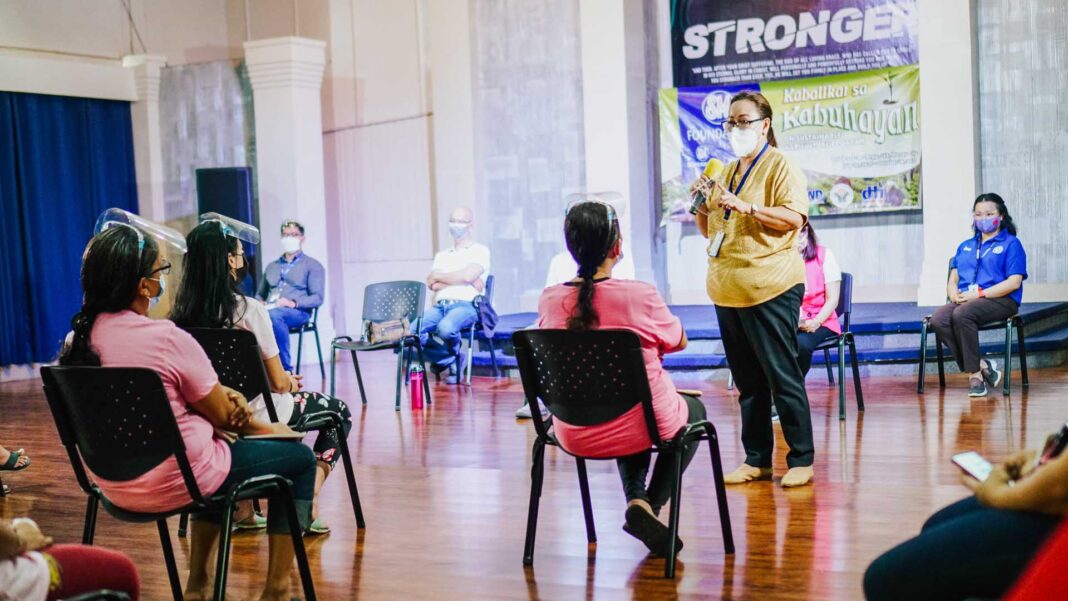 SM, through its social good arm SM Foundation (SMFI), partnered again with the Pasay City Government to launch the Kabalikat sa Kabuhayan (KSK) on Sustainable agriculture last July 15, 2021. The relaunching of the program this year intends to provide 50 Pasay residents, specifically members of the Pantawid Pamilyang Pilipino Program (4Ps) with knowledge and skills on modern urban farming techniques that will allow them to bring food on their tables and eventually, enable them to establish their own agri-enterprises.

The KSK is a 14-week long agri-training program that will discuss the following: Production of organic vegetables, organic extracts and fertilizers, plant preparation and propagation, science of container gardening, pest and disease management, and other topics related to sustainable agriculture.

Also included in the training course is the teaching of SM’s late founder, Henry Sy Sr’s values and life principles – which intends to inspire Pasay urban farmer-participants as they establish their own agri-enterprises. This training segment is usually conducted by SM Supermalls officers as part of the company’s volunteeriSM program.

Since 2015, more than 4,300 beneficiaries have benefitted from Kabalikat sa Kabuhayan on Urban Gardening in almost 50 sites in Metro Manila, Cavite, Antipolo, Cebu City, and Davao City. In Pasay alone, SMFI has previously mentored more than 250 KSK graduates who continued to practice their urban gardening skills, especially during the lockdown.

The program is also in line with Pasay City’s Urban Farm tourism program that intends to promote a clean and green Pasay City through various urban farming methods like vertical and plastic container gardening by showcasing successful “greening” projects at the barangay level.

SM Foundation Inc. (SMFI) launched its Kabalikat Sa Kabuhayan (KSK) Farmers’ Training Program in 2006 which aims to bring modern and sustainable farming skills in both rural and urban communities to help farmers have food on their table and have potential economic opportunities. To date, the program has trained more than 28,100 farmers from more than 900 cities/municipalities nationwide.

OPS: Government Vows To Be More Responsive To Filipinos’ Needs