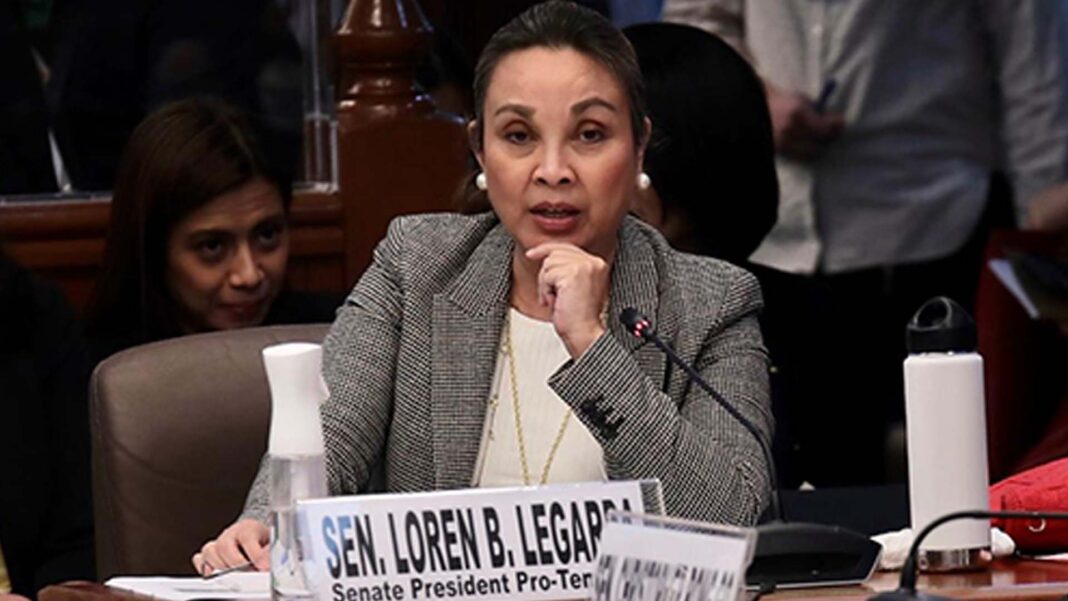 Senate President Pro Tempore Loren Legarda has been conferred the award of “Commendatore” to the Order of Merit of the Italian Republic in appreciation of her role in strengthening bilateral relations between the Philippines and Italy.

The recognition was presented to Legarda by Italian Ambassador to the Philippines Marco Clemente on Wednesday, January 18, 2023, at the ambassador’s residence in Makati City.

“It is immensely an honor to receive the prestigious Order of Merit from the Italian Republic. I am extremely grateful to the Italian Republic, President Sergio Mattarella, to my good friend Pier Ferdinando Casini, and to His Excellency Marco Clemente and everyone else involved with this recognition,” Legarda stated as she accepted the award.

Legarda emphasized the importance of the Philippines and Italy’s partnership as both nations work together to expand their cooperative ties as essential partners in the international arena.

The two countries, she said, share common goals and interests, including the love of food, diverse culture, passion for arts, and the tradition of family values and close-knit communities.

She also underscored how culture could lead to peace and stability; thus, promoting Philippine culture remained her passion and advocacy.

In 2015, the Philippines was able to return to the Venice Biennale after a fifty-one year hiatus through Legarda’s initiative in partnership with the Department of Foreign Affairs (DFA) and the National Commission for Culture and the Arts (NCCA).

“This is the best example of how cultural exchanges are not merely a way to showcase and promote culture. Our participation in Venice has forged a deep relationship because each year we exchange ideas, we have meaningful discourses and we have new experiences together,” said Legarda.

As a legislator, Legarda has bridged parliamentary relations between the Philippines and other nations, such as Italy, to become partners for economic cooperation and cultural promotion.

Her dedication to her craft was acknowledged through numerous global recognitions, such as the Global Leader for Tomorrow given by the World Economic Forum (WEF). She is also a United Nations Environment Programme Laureate, and the Global Ambassador for Disaster Risk Reduction, Climate Change, and Environment of the Women Political Leaders.

In recognition of her commitment to the fight against climate change and to the promotion of Philippine culture and heritage, she has been bestowed the title of Chevalier (Knight) in the Ordre national de la lé gion d’Honneur (National Order of the French Legion of Honor) by then French President Francois Holland through former French Ambassador Thierry Mathou last February 18, 2016, and on November 2, 2022, she was recognized as an Association of Southeast Asian Nations (ASEAN) Biodiversity Hero in Bogor, Indonesia, for her significant contributions to biodiversity efforts in the Philippines.

The title “Commendatore” is the second recognition bestowed on Legarda by the government of Italy. On July 13, 2017, the Cavaliere dell Ordine al Merito Della Repubblica Italiana (Knight in the Order of Merit of the Italian Republic) was presented to her by then Italian Ambassador to the Philippines Massimo Roscigno.

“The world is decisively changing, shaped by the dangerous effects of climate change, technological advancements, and sharp shifts in social and individual values. The situation can be formidable and intimidating, but the Philippines and Italy must face the future and create deeper partnerships that can help navigate uncharted territory,” Legarda stated.

“As such, I commit to supporting Philippine-Italian projects and programs, whether these be in the arts, culture, or trade and economy. It is when we ensure a sustainable exchange that we step into the unknown with hope and anticipation,” she concluded.