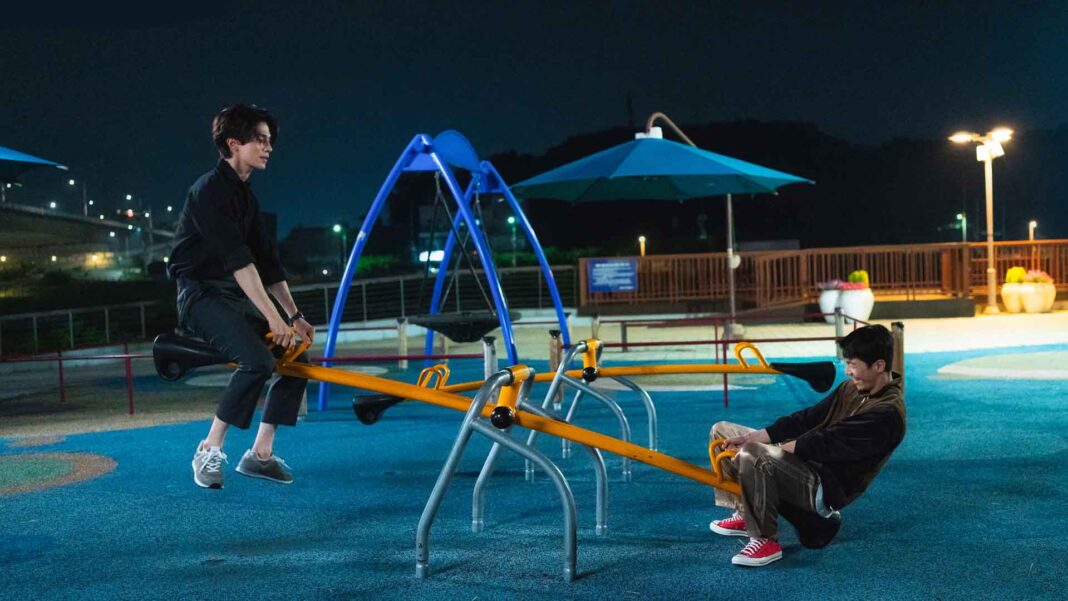 Coming this December 17 on the iQiyi app is the latest action-packed buddy-cop comedy K-drama “Bad and Crazy” starring Lee Dong-wook and Wi Ha Jun. Bad and Crazy is a heroic drama that follows capable but bad cop Ryu Su Yeol regaining his humanity after meeting the righteous but crazy ‘K’.

An iQiyi Original K-drama, the latest trailer drop of “Bad and Crazy” delivers all the goods of an action-comedy series with two good looking cops, one bad, one crazy who team up to fight against the evildoers of this world. Lee Dong Wook takes on the role of Ryu Su Yeol, a consequentialist police inspector looking to get ahead in life, and Wi Ha Joon’s crazy ‘K’ whose origin is yet unknown. Unable to see eye-to-eye, the two are initially at loggerheads, but eventually Lee and Wi are on the same ride and face their foes together, in what promises to be a thrilling journey.

In one of the scenes from the trailer, Wi Ha Jun bursts into the elevator in his helmet and scares Lee Dong Wook into a corner, their constant bickering and brawling somehow spark a ‘bromance’ between them. And as they join hands against those on the wrong side of the law, Lee and Wi fight seamlessly together and even find time to look each other in the eye, wink and grin. Their chemistry and many great action scenes make Bad and Crazy one to watch.

In addition, leads Han Ji Eun (Lovestruck in the City, Be Melodramatic) and Cha Hak Yeon (Mine, Children of Nobody) also make their appearances in this trailer. Han Ji Eun plays hot blooded narcotics officer Lee Hui Gyeom who is fearless in the face of trouble, displaying strong kicks and punches, yet with the looks to charm Wi Ha Jun. Cha Hak Yeon is in the role of kind and earnest junior police officer O Gyeong Tae who has no qualms stepping forward and is warm like a ray of sunshine. With the four stars showcasing each character’s different charms, expect an exciting collaboration that promises fireworks.

Bad and Crazy is set to premiere on December 17, with new episodes simulcasting with Korea on Fridays and Saturdays at 9:50pm globally across 191 territories on the iQiyi International app and www.iQ.com.

Pa-Mine No More? Facebook To Shut Down Live Shopping Features To Focus On Reels