The chairman of the Energy Regulatory Commission intends to establish a setting that would especially address the increase of energy democracy in the Philippines.
Facebook
Twitter
Youtube
Trending Now 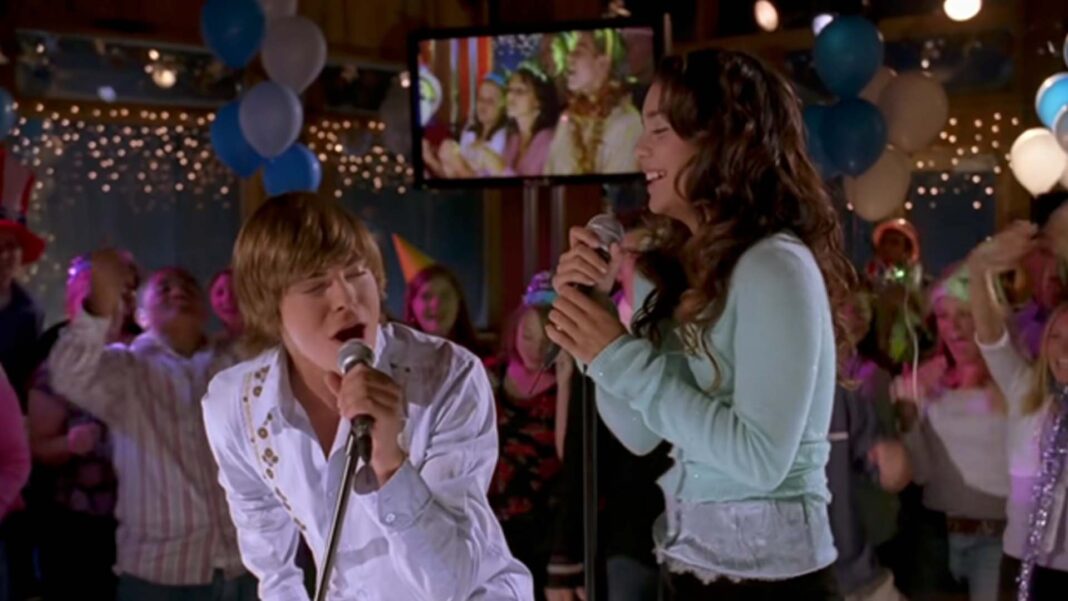 High School Musical Stars: Where Are They Now?

High School Musical Stars: Where Are They Now?

Gracing teenage hearts since its release in 2006, High School Musical has been a big part of the lives of those born in the 90s and early 2000s. From its hit lyrics and the cast’s excellent voices, every song in the film was totally a bop.

For those who may not be familiar, High School Musical is a three-part film franchise which stars Troy Bolton (Zac Efron), the captain of the basketball team, and Gabriella Montez, a smart transfer student.

By coincidence, they join the High School Musical as leads, disrupting the high school stereotype that they can’t join musicals. Disappointed, musical stars slash twins Sharpay Evans (Ashley Tisdale) and Ryan Evans (Lucas Grabeel) try to stop them from getting the lead role.

Due to its huge commercial success in the Philippines, the franchise has been sold into different types of merchandise since its release. Sequels also followed the first film, with the second and third installments released in 2007 and 2008, respectively.

The success has also paved a good career path for its stars, Zac Efron and Vanessa Hudgens. Plus, everyone probably knows that Zac and Vanessa dated in real life, but we did not really hear back much from the High School Musical cast after the two stars broke up in 2010.

Wondering where they are now? Well, they’re soaring and flying. If you get that reference, here is a 2022 update of the legendary High School Musical stars:

Our Gabriella Montez did not really bother much to hide from the public eye after High School Musical. She has starred in different films, most notably The Princess Switch trilogy in 2018.

Her singing prowess definitely did not stop as she joined Broadway musicals in 2015 and 2018. Plus, you might have heard of her sometime in 2011 as she created a lot of buzz among fans after announcing her relationship with actor Austin Butler. They dated for nine years until their breakup in 2020.

You may also have seen her trend online pre-pandemic for her cool Coachella fits. People are always excited about her outfits at the music festivals, particularly her liking for the Bohemian aesthetic back in 2014. Now, she is back at the festival with her Y2K fit:

Her presence does not end with her Coachella appearance because she is very much alive in the fashion scene.

Surely, you may have seen her walk at the Met Gala 2022 on the red carpet wearing her sheer, black dress—looking dashing and eccentric with her gothic look. Clue: You have already seen the photo at the start of this section!

Where Zac Efron isn’t really much of a secret, since he’s been quite active in a lot of films in the past years.

Hopeless romantics may have seen him in the film “The Lucky One” in 2012 or the rom-com “That Awkward Moment” in 2014. In 2016, he starred in Dirty Grandpa with actor Robert De Niro, which gained commercial success after its release.

His most notable recent work is in 2019, with his portrayal of Ted Bundy, a well-known serial killer, in the film “Extremely Wicked”, “Shockingly Evil” and “Vile”. The same year, he also opened a YouTube channel, on which he shares bits of his life.

Most of his content is his gym activities and travel adventures with his brother, Dylan.

Whether you believe it or not, our great Sharpay Evans is now a fabulous mother! She gave birth to a beautiful daughter in 2021 after her marriage with musician Christopher French back in 2014.

While we have not seen her much, she has actually been working behind the scenes after High School Musical. If you’ve seen the popular animated series Phineas and Ferb, here’s a not-so-secret secret: it was actually Ashley who gave voice to Candace Flynn.

BONUS: Here is her most recent throwback from the first High School Musical film!

True enough, Sharpay is always in a good mood—and she becomes more relatable as people grow up.

The other half of the fabulous twins: Ryan Evans. After High School Musical, he starred in a few films—most notably the drama film Little Women in 2018, in which he played as Laurie Lawrence.

He was mostly active in television shows, most of them being voice roles. Similar to his HSM twinnie Ashley, he also joined the cast of Phineas and Ferb for a while when he gave voice to Ropey Face.

In 2014, he released a song called 135n8, which fans call ‘underrated’ for its hidden yet quality piece.

At present, he has been hinting at an upcoming film he will be part of via his personal Instagram.

The infamous Chad Danforth is the best friend of the basketball star Troy Bolton. Most people know that, beyond his fame from the High School Musical trilogy, he is best known for being a dancer!

Similar to his pal Ashley, Corbin is totally off the market as he has been married to actress Sasha Clements since 2016.

Much to fans’ content, he also recently posted a photo with Ashley’s HSM twin — the one and only Ryan Evans (Lucas Grabeel)!

He hinted at his participation in Lucas’ new project, to which Lucas responded via the comment section, “Verified I’m so lucky to have you and @sashclements! Thank you so much! You killed it! Love you, Brother.”

The film may have ended around fourteen years ago, but surely the friendship is still there.

Gabriella’s favorite bestie is none other than Taylor McKessie, played by Monique Coleman.

Getting updated with the High School Musical stars surely makes you feel old—because, like Corbin, Monique has been married to a non-showbiz husband since 2012. Plus, she also competed in the third season of Dancing with the Stars!

Away from the entertainment business, she was also presented a letter of recognition as a UN (United Nations) Youth Champion for her advocacies on youth empowerment. She had also been invested in philanthropy, as she worked with global non-profit organizations.

At present, she is still an empowered woman, with a passion for show business. While working on mostly TV shows, she also shares her advocacies via her Instagram page.

Pia: Respect Women And Their Beliefs, Recognize Their Role In Nation-Building

Treñas: Livelihood Skills To Keep PDLs From Reverting To Vices

Villanueva: Senate Debates Are The Essence Of Democracy

The chairman of the Energy Regulatory Commission intends to establish a setting that would especially address the increase of energy democracy in the Philippines.

Cannibal Love Story “Bones And All” Gets R-16 Rating, To Be Shown With No Cuts

Puss in Boots will once again spread holiday cheer when his film "Puss in Boots: The Last Wish" hits on December 7.
Entertainment

Known for his role in the hit series "Stranger Things," David Harbour is set to play yet another tense role in the film "Violent Night."
News

The Philippines has consistently held the top spot for import sales in China's largest import expo since 2018 and has maintained that position despite the pandemic.
News

The Marcos administration mandated the Department of Social Welfare and Development to assist the Badjao community, particularly those who solicit in the city.
Load more