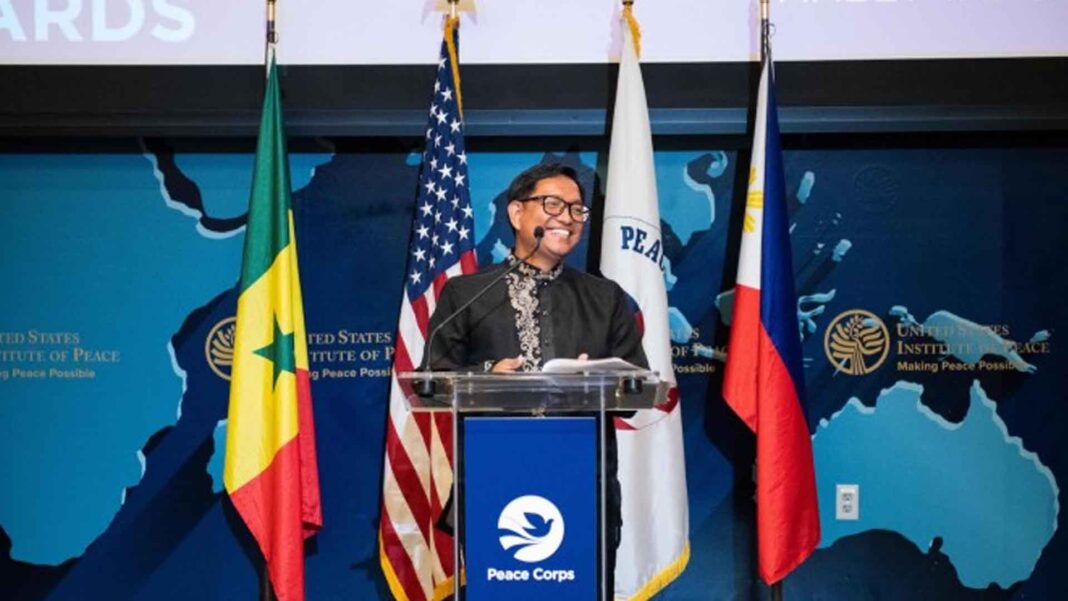 “Yangco received the award for his exceptional lifelong service and leadership in supporting the Philippines’ most vulnerable youth. Among other achievements, he has inspired Filipino at-risk youth to volunteer and later become social workers in their communities and leads one of the US Peace Corps’ top-ranked volunteer programs globally,” the US Embassy in Manila said Tuesday.

The award, given only once every five years to two staff and two American volunteers, was bestowed on Yangco by US Peace Corps CEO Carol Spahn last May 19 at the US Institute of Peace in Washington D.C.

“It is time for us to lead not by the example of our power but by the power of our example,” said Spahn, quoting US President Joe Biden. “Ambet brings this to life in so many ways. He is described as an inspiration to all who know him, having dedicated his life to service.”

As head of the US volunteer organization’s Youth Program in the Philippines, Yangco deployed over 300 American volunteers in orphanages, shelters, and youth centers across the country.

Throughout his 22-year career with the Peace Corps, he has protected thousands of Filipino at-risk youth from homelessness, trafficking, violence, and drugs by helping provide them with education, job opportunities, and life skills development, the Embassy said.

“He has answered President Kennedy’s call to lifelong service, and is universally loved and respected by our Philippine partners, former volunteers, and staff for the passion and commitment he brings to his work and for positively impacting the lives of so many youths,” she added.

Yangco grew up as a street child in Olongapo City, scavenging for food and sleeping on sidewalks. At 11, he was taken in by a local Catholic non-government organization supporting abandoned and underprivileged children.

Ever since he has been “paying it forward” by dedicating his life to serving the Filipino youth.

A social worker by training, Yangco has served as an HIV/AIDS outreach worker, an educator for street children, a community development officer, and rose through the ranks in the US Peace Corps.

The JFK Service Award is named after former US President and US Peace Corps founder John F. Kennedy.

The embassy said it’s given only to “those who demonstrated extraordinary leadership and commitment to service, as well as a lifelong commitment to the Peace Corps’ mission of world peace and friendship”. (PNA)

US Submarine Memorial In Ilocos Norte Eyed As Cultural Heritage

7 International Celebrities To Hold Fan Meetings In The Coming Months!