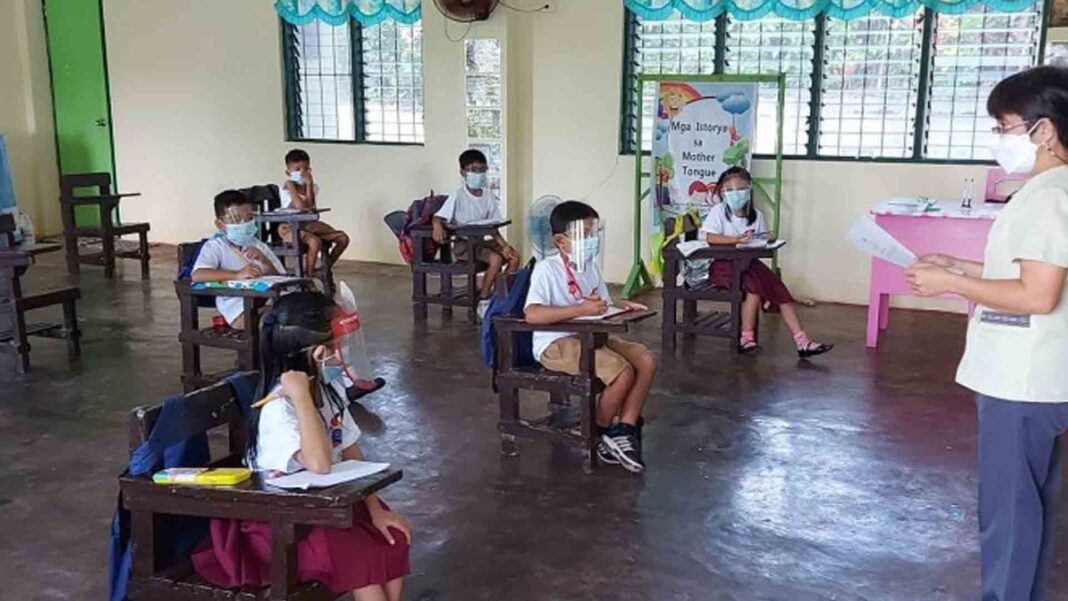 The Department of Education (DepEd) regional office here has nominated nine more schools, in addition to the 10 schools in Ilocos Sur conducting the pilot run of limited face-to-face (F2F) classes.

In an online press conference on Wednesday, DepEd Ilocos Region director Dr. Tolentino Aquino said the decision from the central office will be released within the week whether they will be approved or disapproved.

“They were part of the 50 schools in the Ilocos Region validated after they have been pre-identified to qualify for the conduct of the limited F2F classes,” he said.

Aquino said the schools will be approved upon the validation of the National Inter-Agency Task Force for the Management of Emerging Infectious Diseases, Department of Health (DOH), and DepEd Central Office.

He added these schools, eight public and one private, underwent the school safety readiness test and were validated by the DepEd Ilocos regional office with the concurrence of the local government unit, barangay officials, and the parents or guardians of the learners.

Nine schools in Ilocos Norte and one in Pangasinan are already in the second week of the pilot run of limited F2F classes that started on November 15.

Aquino said the learners, teachers, and parents are generally excited.

“There were some minor problems encountered but these are manageable. Mostly, because of the children’s excitement, they violate the health protocols but these were addressed immediately by the teachers,” he said.

He added they are working to ensure that the learners, teachers, and personnel are all safe.

“Sa pagsasagawa natin ng limited face-to-face classes, tayo ay closely monitored at ginagabayan ng DOH para matiyak na on the health side, safe ang ating mga mag-aaral at mga kawani ng DepEd (In the conduct of the limited face-to-face classes, we are closely monitored and guided by the DOH to ensure safety of the students and personnel of DepEd on the health side),” he said.

The participating students are kindergarten up to the third grade and their number is still limited.