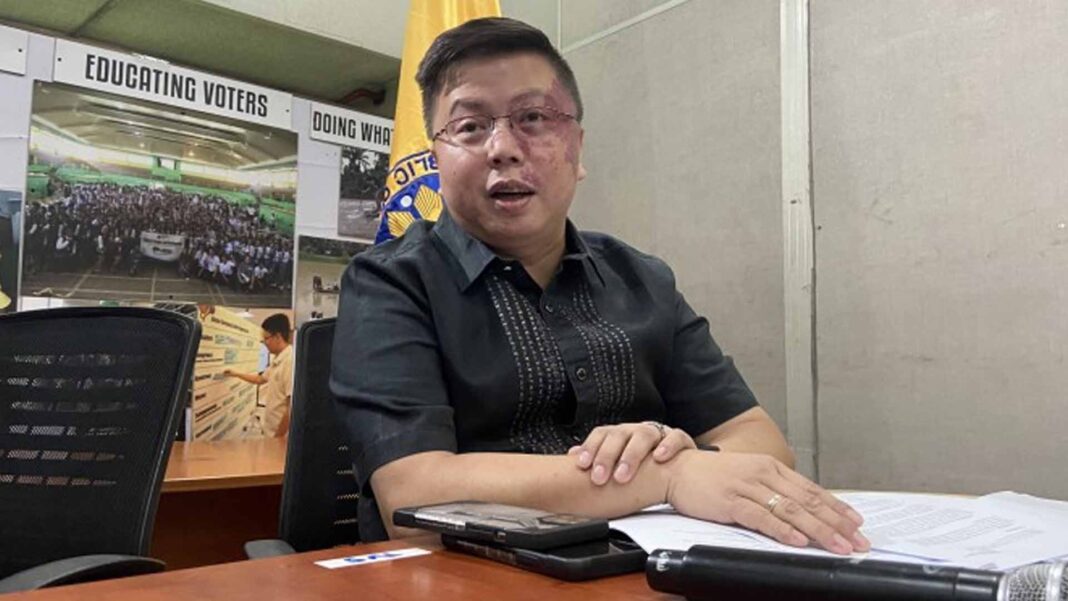 Comelec: ‘Register Anywhere’ Project To Kick Off In 5 NCR Malls

Comelec: ‘Register Anywhere’ Project To Kick Off In 5 NCR Malls

The Commission on Elections (Comelec) on Wednesday announced that the Register Anywhere Project (RAP) pilot test would be held in five malls in Metro Manila starting next month.

Likewise, he said they are planning to include Bicol and Eastern Visayas as additional places for the pilot test of the RAP.

Under the RAP, any qualified applicant residing anywhere in the Philippines may register at the RAP booths by submitting their application form and documentary requirements, and having their biometrics taken on-site.

On the other hand, Laudiangco also reminded first-time voters for the Barangay and Sangguniang Kabataan (SK) election that the voter registration period is set to start on December 12 and will run until Jan. 31, 2023.

Those who are eligible to register as barangay election voters are all Filipinos, 18 years and above, who have been residing in the Philippines for at least one year and in the area where he/she is looking to get registered for at least six months before Election Day.

Those who are qualified to register as SK election voters are all Filipinos aged 15 years to 30 years, and residing in the area where he/she is looking to get registered for at least six months before Election Day.

Voter registration activities will be held Mondays to Saturdays in all city/municipal Offices of Election Officers from 8 a.m. to 5 p.m.

Meanwhile, Office for Overseas Voting (OFOV) Director Sonia Bea Wee-Lozada said overseas voter registration would commence on December 9 in most of the Philippine embassies and consulate generals worldwide and the Manila Economic and Cultural Office (MECO) in Taiwan.

However, voter registration in embassies that operate from Sunday to Thursday will start on December 11.

She added that the OFOV located in Manila would also accept the registration of voters that are due to work abroad, but would want to participate in the 2025 elections.

“The resumption of overseas voting registration also includes the registration here in Manila, specifically, at the Office for Overseas Voting. These are for our compatriots who have just left. They know that they’ll be abroad on Election Day in 2025. So, they can register before they are deployed,” Lozada added.

The overseas voting registration period will run until Sept. 30, 2024. (PNA)

The Bataan provincial government had a test run of electric shuttles, which would offer free rides to residents in the area.
News

Filipino scientist Glenn Banaguas was hailed as the first-ever Filipino national to be a fellow of the Royal Society of Arts in the United Kingdom.
News

A total of 50 village chiefs in Negros Occidental have successfully finished their managerial and leadership course, promoting more effective public service in the province.