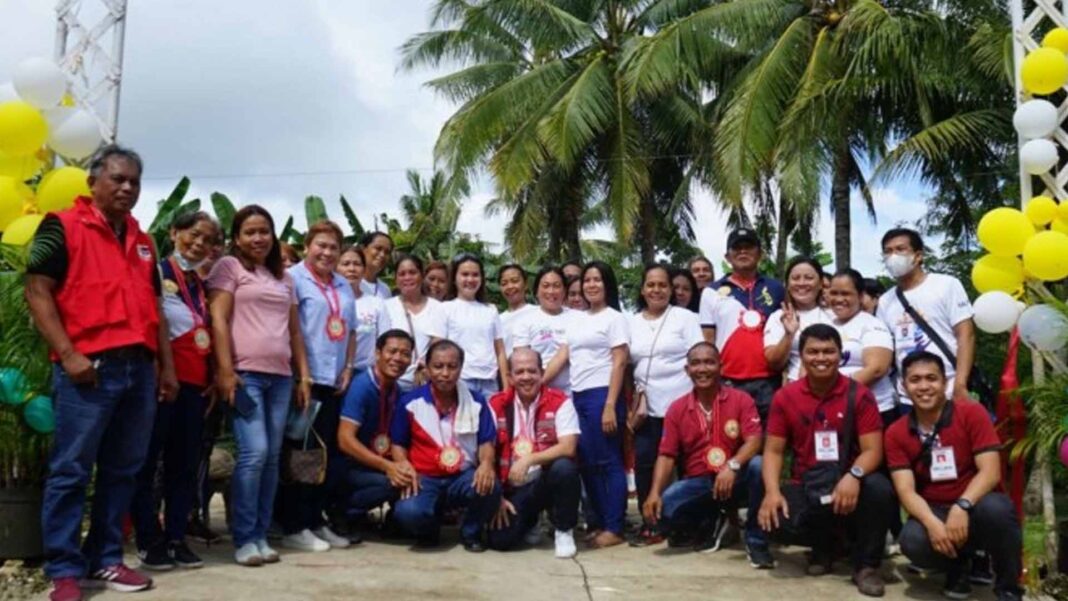 Volunteer work for a community-driven program for the poor has changed the mindset of village folks in Barangays San Miguel and Bagtic in the town of San Remigio, in the northern part of Cebu province, and molded them to become active members of the community.

Luzviminda Romero, a volunteer for the Project Preparation Team and president of a people’s organization (PO) in San Miguel town, showed on Tuesday how the Kapit-Bisig Laban sa Kahirapan Comprehensive and Integrated Delivery of Social Services (KALAHI-CIDSS) developed her and other village folks’ sense of volunteerism through communal jobs, seminars, and trainings.

Romero, like any other village folks before their area was short-listed, was adamant in helping the government in her own capacity until a project started in her village in San Miguel.

Upon the start of the project in her barangay, she was enticed to join the volunteer team to monitor the project until she was chosen to lead the people’s organization tapped by the government to take an active role in the project implementation.

“Sukad sa pagsugod sa KALAHI-CIDSS dinhi sa among lungsod, nagsugod pud akoang pag-boluntir. Kung wala ko mahimong boluntir, wala usab koy makat-onan pinaagi sa mga trainings ug seminar nga gihatag sa programa (Since the beginning of KALAHI-CIDSS here in our town, I also started volunteering. If I didn’t become a volunteer, I also did not learn anything through the training and seminars given because of the program),” Romero said.

As there is an existing project in her barangay, she also pledged to volunteer and work with the townsfolk of San Remigio.

Upkeep of the project

As president of the PO in the area, Romero said she inculcates the responsibility of assuring sustainability through the parameters established under the KALAHI-CIDSS, as implemented through the Department of Social Welfare and Development (DSWD).

Along with Romero, other recognized POs, such as her group of health workers and Barangay Health Emergency Response Teams (BHERTs) in Bagtic and the farmer’s association in Batad, will be the responsible groups to upkeep the completed sub-projects.

The program is geared towards helping communities, including in San Remigio and Bagtic, to envision a development where volunteers respond to the identified needs of the community and change the way villagers think.

Over the years, San Remigio, Cebu, a third-class municipality, has been a long-time partner and recipient of many sub-projects under the program aimed to bring development to communities through the partnership between the local government (LGU) and DSWD, and implement them with the active participation of the townsfolk.

Juanito Cantero, DSWD-7 assistant regional director for operations, said Romero and other residents of San Miguel and Bagtic converged to witness the turnover of their farm-to-market road sub-projects listed under the KALAHI-CIDSS.

Cantero said that on Nov. 13, 2022, community members from Barangay Batad also joined the turnover of a rehabilitated barangay health station.

“The local government of San Remigio formally accepted these sub-projects as a result of their partnership with the program,” he said.

San Remigio Mayor Alfonso Pestolante was impressed with the volunteer work of his constituents in the two barangays, expressing assurance of the LGU’s (local government unit) active role in ensuring sustainability of the completed sub-projects.

The mayor said local officials and volunteers should strengthen their partnership so that more people can benefit from sustainable and functional community projects given by the national government.

He said it has been San Remigio’s vision for development, through a partnership with the people under the DSWD anti-poor program, which is seen as an effective strategy so that communities and POs can take part in the development fit for their needs. (PNA)

The provincial government of Negros Occidental has given financial assistance to rural farm schools to strengthen the province's agricultural state.
Motoring

Over 350 modern jeepneys are now open to serve the residents in Bacolod as the government continues to meet the requirements for public transportation.
News

This April, Panaad sa Negros is set to go back after three years of being on hiatus due to the pandemic.
News

The Department of Agriculture in the Cordillera Administrative Region plans to build clusters for its farmers to let them decide on their goods' prices to have a higher profit.