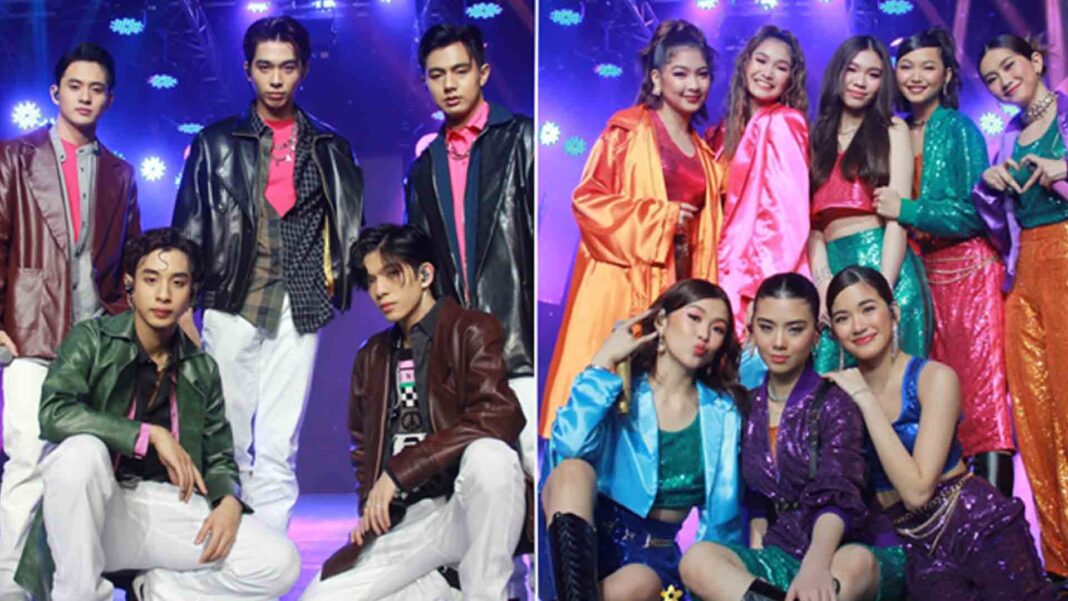 There is no denying that P-pop is slowly gaining recognition both locally and internationally. With the boy group SB19 now making their mark on the global scene, it is no surprise if more of our local talents will follow suit.

Pinoy pop has its roots in Original Pilipino Music (OPM) while also drawing some inspiration from K-pop which continues to dominate worldwide charts with its unique songs and masterfully produced music videos. As it slowly enters the mainstream media, P-pop brings a different flavor that nods to the rich Filipino culture.

If you’re planning to start your P-pop stan journey but don’t know where to start, here are some groups you should check out ASAP!

This five-member P-pop group under ABS-CBN Star Magic is starting to gain an even bigger fanbase locally and internationally. The quintet composed of Gelo, Mikki, Akira, JL, and Nate, debuted on January 29, 2021, with their digital single, “Light.” The group’s other single, “The Baddest,,” has now racked up a total of 1 million streams on Spotify, proving that their entertainment career is about to get bigger.

BGYO recently released a new single, “Tumitigil ang Mundo,” which is available for streaming on Spotify and Apple Music, while the music video is out on Youtube. The group was also tapped to sing the OST for the upcoming superhero teleserye, Darna. If you are curious about the group, you can watch out for their regular performances on ASAP Natin ‘To every Sunday.

“Aces” is the fandom name for the avid followers of BGYO.

You can follow BGYO (@bgyo_ph) on their official social media platforms to stay updated.

Formed through the Star Hunt Academy, BINI debuted with members Aiah, Jhoanna, Gwen, Maloi, Colet, Stacey, Mikha, and Sheena. The 8-member girl group, much like their label mate BGYO, is under the management of Star Magic. They debuted on June 4, 2021, with their single, “Born to Win.”

BINI has been slowly gaining recognition in the local scene and abroad. The girl group became the first P-pop group to be featured in Rolling Stone. Recently, the group released their digital single “Lagi,” a perky love song that brings back the bubblegum concept to the P-pop scene.

The official fandom name for BINI fans is “Blooms”.

This six-member boy group, composed of Taneo, Mo, Jao, Tomas, R-Ji and Alas, has successfully distinguished itself as a multilingual and multi-ethnic group. Originally a nine-piece ensemble, the sing-rap-dance boy group debuted under Viva Records on February 14, 2021, with the digital single “kbye.” However, three of its members departed the group for personal reasons.

Still, this didn’t stop the group from making their mark as they became the fastest-rising Pinoy Act to enter the Billboard Next Big Sound chart at #2. Alamat has made it to the headlines as the boy group that can sing in seven Philippine languages, including Tagalog, Ilocano, Kapampangan, Cebuano, Hiligaynon, Bikolano, and Waray-Waray. The group’s most recent release is their single “Say U Love Me,” available on all music streaming platforms.

Stay updated with the group by following their official social media accounts (@alamat_official).

Dubbed the Monster Rookies of P-Pop, this five-member Filipino boy group is ready to take on the challenge of rising to the top. Vxon (read as “Vision”) comprises members C13, Sam, Patrick, Vince, and Franz. They debuted under Cornerstone Entertainment on January 7, 2022, with their first single, “The Beast.”

While relatively new to the scene, the boy group has proved their growing influence, with their music video gaining 1.2 million views within months of release. The group was also tapped to sing the official theme song for Top Class, a 2022 reality survival show.

Follow the group on their official SNS accounts (@vxonofficial), so you won’t miss any updates.

Making their official debut on February 25, 2022, Cornerstone Entertainment’s newest girl group is slowly making a name for themselves with their new releases. Dubbed P-pop’s Newest Caliber, G22 is a four-member girl group made up of Alfea, Bianca, Jaz, and AJ. They debuted with their first single, “Bang”.

The group is known for bringing punk aesthetics back to mainstream pop with their music. And after the success of their first single, the female alphas are back with their latest release, “Babalik,” which is a treat for R&B genre lovers.

The fandom name for the fans of G22 is “Bullets”.

Learn more about the group by following their SNS accounts (@g22official_).