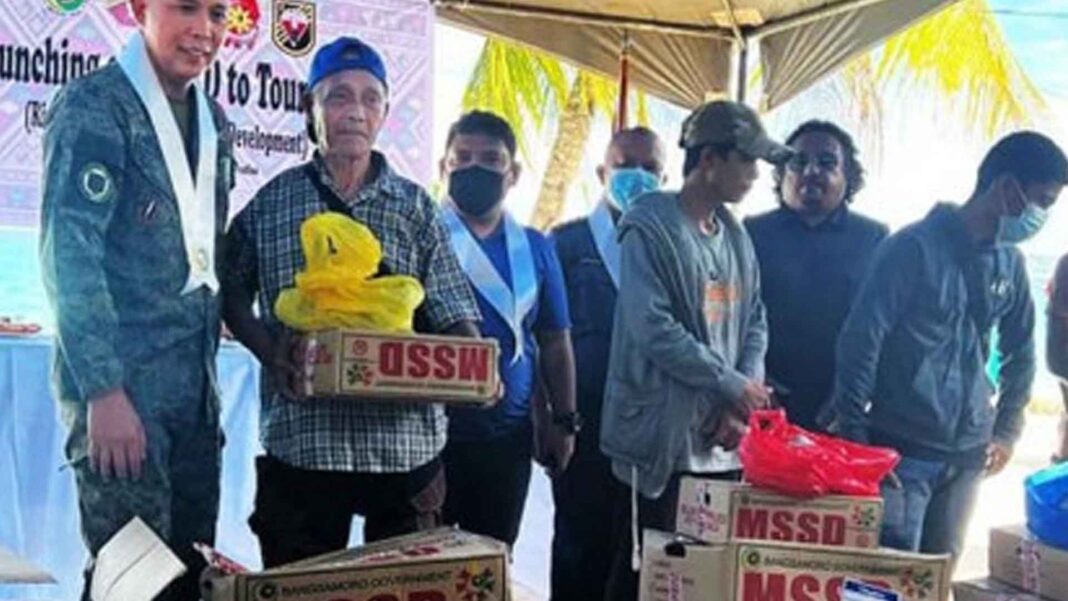 Aided by the Army’s 2nd Special Forces Battalion, the municipality of Parang launched Tuesday the “Road to Tourism” program to change the battle-scarred image of the place into a tourist destination in the Sulu Archipelago.

In a statement Wednesday, 2SFBn said the program intends to promote tourism through local media engagements and other social media platforms, as well as provide psychosocial activities for former Abu Sayyaf Group (ASG) members, their families, and the local community.

The initiative also aims to “change the image of the municipality of Parang and the province of Sulu as a whole, from a war-torn island to one of the most beautiful tourist destinations in the country,” 2SFBn said.

Tuesday’s launching was attended by military, police, provincial, and municipal officials, former ASG members as well as representatives and officials from nearby towns.

Major Gen. Ignatius Patrimonio, Joint Task Force (JTF)-Sulu commander, said tourism is one of the huge drivers of development in any municipality as it can create other livelihood opportunities.

“Focus on the road ahead, not on the road behind. This program is a good start for the people of Parang,” Patrimonio was quoted to have said during the program launch.

“This municipality (of Parang) has a high potential to be one of the beautiful tourist destinations in the area, thanks to its beautiful beaches,” Patrimonio added.

During the launching, a covenant was signed to signify the continued support of former ASG members, their families, and the local community to the developmental efforts in the area, including their rejection of the terroristic activities of the ASG.

“Our area is far from what it used to be in the past. As one former member of the Abu Sayyaf Group, I can say that the province of Sulu is now peaceful,” Abu Gajir, an ASG surrenderer, said in the same statement. (PNA)