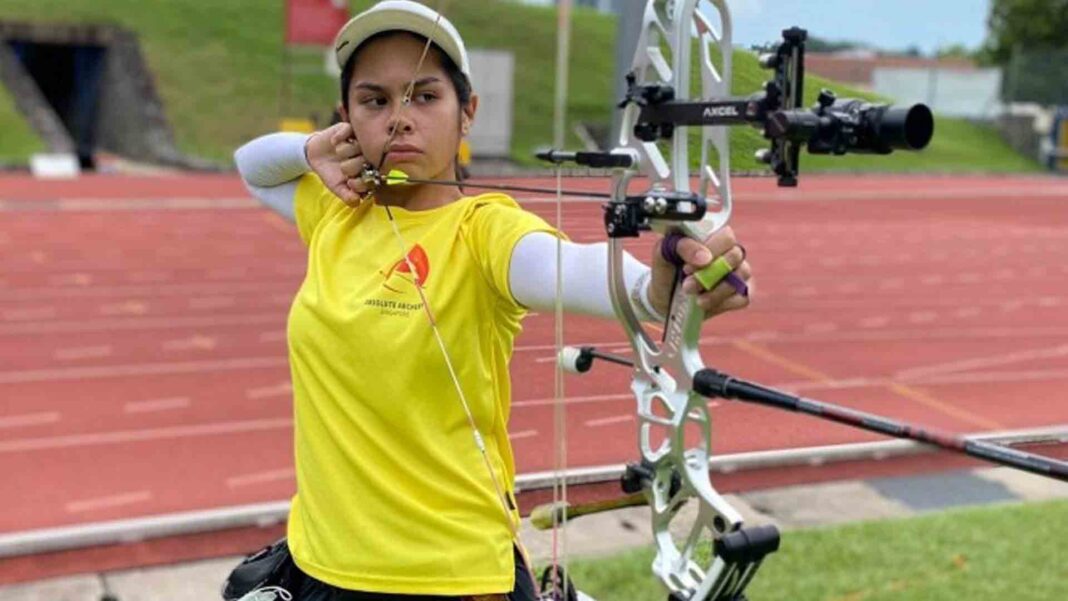 Andrea Lucia Robles and Gabrielle Monica Bidaure will try to keep their winning form in the fourth and final leg of the Philippine Archery Cup set on Oct. 27-29 at the Ayala Vermosa Sports Hub in Imus, Cavite province.

Both won two gold medals in the third leg hosted by Cebu City and Mandaue City from July 22 to 24. They are also the only archers among the eight national athletes selected for the pilot program Atletang Ayala of the Ayala Center for Excellence in Sports (ACES).

Gabrielle Monica, on the other hand, bested elder sister Pia Elizabeth and Phoebe Nicole Amistoso in the Qualifying and Olympic rounds of the Women’s Open recurve category.

Dela Cruz won the Qualifying round in the third leg while Johann Olaño placed second followed by Matan. But Matan performed well in the Olympic round, winning the gold medal over Dela Cruz. Olaño placed third.

Nawew bounced back in the Olympic round, claiming the gold medal over Rogelio Miguel Tremedal and Feliciano.

“I’ve been continuously training and, as always, I aim to do my best in the next competition,” said the 24-year-old Robles, a gold medalist in the first two legs, in an interview on Wednesday.

Early this month, she won two bronze medals in the Singapore Archery Open which was held at the Bukit Gombak Stadium.

“I was invited by some friends in Singapore but the tournament was open to all. National players from Vietnam and Sri Lanka were among the participants,” said Robles, the country’s No. 1 compound player.

” I was the only Filipino participant in the compound category. However, a few other Filipino recurve archers joined as well. To name a few, these archers include Sean and Ryan Tanco, and fellow national team member Jonathan Reaport,” she added.

Regarding her performance, Robles said: “I’m happy with my performance especially during my bronze medal match. We had tricky wind conditions but I managed to get my arrows where I needed them to be and make a fairly good score and enough to bag the bronze medal. Of course, there is still a lot more room for improvement and I look forward to using what I learned in the tournament to get better for the next.”

Robles captured the gold medal at the 2018 Philippine National Games in Cebu. The following year, she joined the national team and won the silver medal at the Asia Cup in Clark, Pampanga.

“Since the Philippine Archery Cup will determine their inclusion in the team going to the 2023 Asian Games and the 2024 Paris Olympics qualifier, our athletes will do their best to win,” said Sombrio, who also serves as head coach of the national team. He is assisted by Joy Mariño (women),Clint Sayo (men) and Nino Sinco (developmental). (PNA)