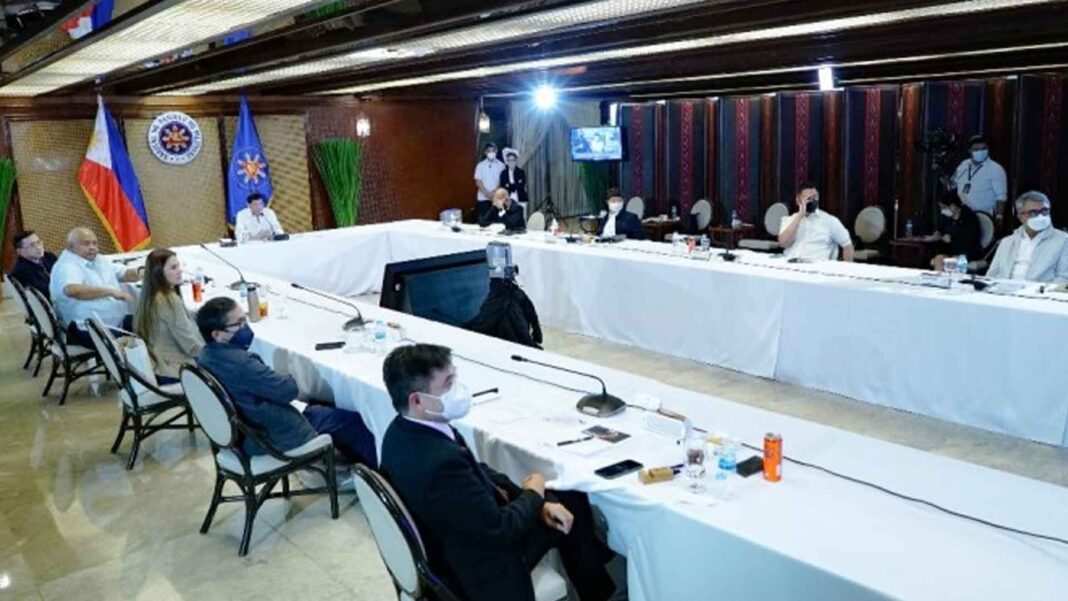 President Rodrigo Roa Duterte on Monday night said he would want to attend climate-related meetings and conventions before the end of his term to confront rich nations that disregarded their commitments to addressing climate change.

In a prerecorded meeting with Cabinet members, Duterte said he wanted to remind these countries of their commitment to reducing greenhouse gas emissions.

“Ako na ang pupunta doon. Ah, hindi, talaga. Ano ba talaga ang gusto ninyo? Kasi ako, itapon ko ‘yung lahat ng basura sa dagat. Hindi na ako mag-landfill. Bakit? Eh kung ganoon kayo, tapos lip service lang nga (I will go there. I will ask ‘What do you want?’ For me, I would just throw waste in the sea without using a landfill. Why? Because you are like that and it’s all lip service). You do not really honor commitments insofar as the changing of the climate — itong sa planet na ito (in this planet),” he said.

Climate Change Commission Secretary Robert Borje, who was also present in the meeting, said there will be upcoming conventions in Sweden and Germany.

Duterte, however, expressed concern that the countries were too close to Russia and Ukraine, which have an ongoing war.

“Malapit man doon sa giyera baka hindi na tayo makabalik (It’s too close to the war, we might not be able to come back),” he added.

Borje, in response, vowed to “raise not just a clarion call” but to give all stakeholders and should-be partners a “realization that this cannot happen any further.”

Meanwhile, Duterte lamented poor countries like the Philippines were always the most vulnerable to the effects of climate change, despite being a minor contributor to greenhouse gas emissions.

He said countries that do not comply with climate-related agreements must be sanctioned.

“That Climate Change Commission is moribund actually a body unless there is a sanction or a commitment that’s an ironclad — maybe motivated by their desire to improve the situation dito sa mundong ito (in this world), then we can see all — maybe improvement overall in the — in terms of weather, in terms of pollution, lahat na (everything),” he said.

In April, Duterte said wealthy nations should compensate developing countries like the Philippines for the damage caused by climate change.

Duterte said climate change will remain a problem “for the next generations to come” unless it is addressed. (PNA)