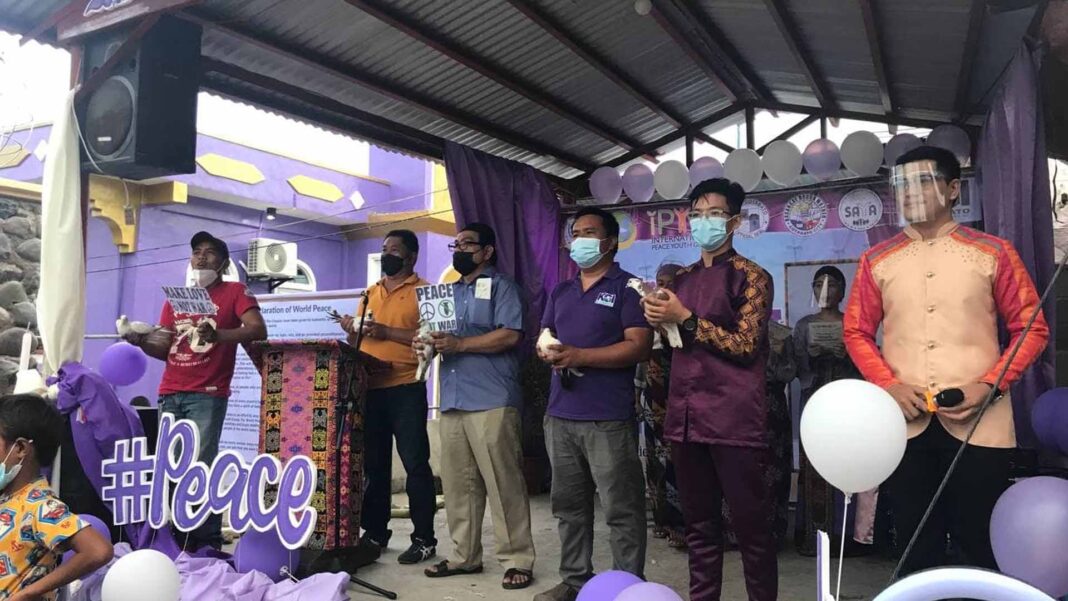 Muslims, Christians, and indigenous peoples (IP) gathered to witness the Unveiling Ceremony of the Peace Monument last July 19, 2021. The monument was established as a historic marker symbolizing coexistence and harmony in the community.

The 4-decades-long armed conflict between the Moros and the Philippine government in Mindanao resulting in more than 120,000 casualties reflects the necessity of bringing peace to the region.

According to Danilo Mocsin, Chairman of KGI, Purok Tongkie, Brgy. Bagua Mother has been specifically chosen for the location of the monument as it was a ‘notorious’ and ‘critical’ place before.

“In order to sustain peace, we need to have a marker which will be a guide for the next generation. Also, the peace monument will strengthen the unity and harmony among Muslims, Christians, and indigenous people living in one community,” he said.

He added, “We are very happy because we are seeing a peaceful landmark here in our area. Therefore, this will help the people of Bangsamoro to embrace peace here in our place”.

Andy Mohammad, a former MNLF combatant, said, “Whether Muslim or Christian, I will support them for peace”.

In his speech, Abdul Rauf Lumabao, Chairperson of SAYA, encouraged the youth to participate in peacebuilding activities. “This peace monument really symbolizes that we have come this far and we no longer want violence,” he added.

Leaders of Islam, Christianity and indigenous people gave messages of support for the establishment of the peace monument and the peace movement in Cotabato City, followed by cultural dance presentations from Tiduray and Badjao tribes.

The program concluded with the acceptance message from Hon. Graham Nazer G. Dumama, Vice Mayor of Cotabato City and the singing of “Awit ng Cotabato”. The participants released doves while singing the community song as a symbol of spreading peace in the community.

Legarda Bats For The Promotion Of PH Handloom Weaving Industry