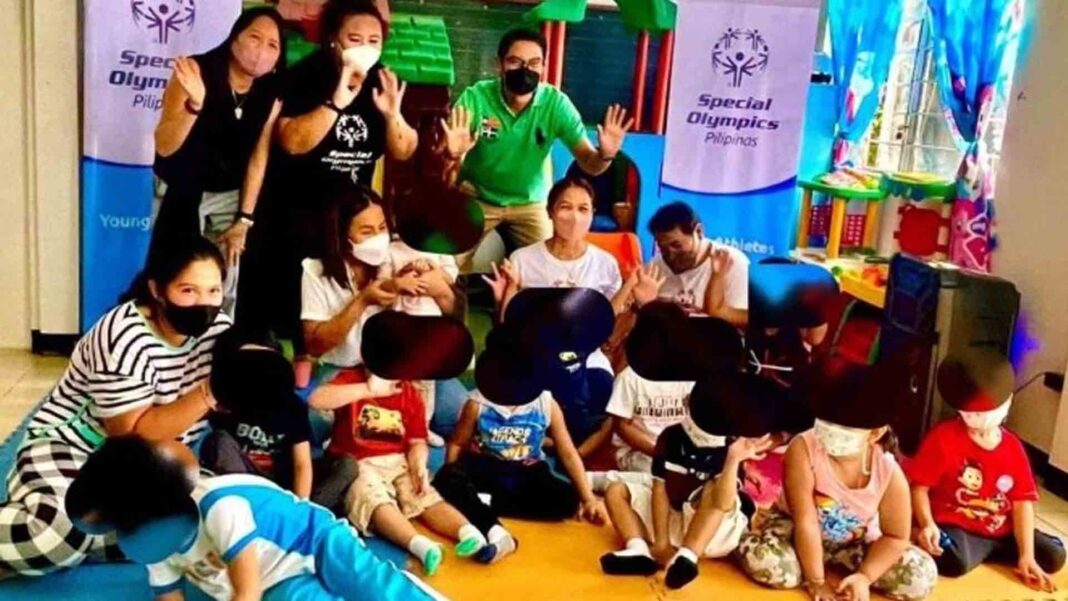 Heeding the call of the Department of Social Welfare and Development (DSWD) to strengthen mental health efforts for kids this National Children’s Month (NCM), a barangay in Pasig has started a new program aiming to provide early intervention for children with developmental disabilities.

BSA chairman Raymond U. Lising said this is a pilot program under the Project CARE which aims proper diagnosis and early intervention on children with developmental needs, expressing support to the DSWD and its partners such as Council for the Welfare of Children, National Youth Commission, among others.

Under Republic Act 10661, November is declared as NCM, which commemorates the adoption of the Convention on the Rights of the Child by the United Nations General Assembly of 1989. This year, the theme “Kalusugan, Kaisipan at Kapakanan ng Bawat Bata Ating Tutukan” calls for public support to prioritize the availability of necessary interventions to support children’s mental health.

In partnership with Special Olympics Pilipinas, 20 children from BSA will be provided with proper diagnosis every week until it covers over a hundred kids in total, including those who are as young as 3 year old.

Special Olympics Pilipinas national director Kaye Samson, a psychology graduate and SPED (special education) teacher, said while developmental disorders are incurable, it can be manageable enough for people with such disabilities to live a normal life.

“If walang intervention, maapektuhan siya. Lalaki siyang hindi mama-maximize ‘yong potential niya. Lalaki siyang ibu-bully ng ibang tao kasi hindi siya makapag-sit down o hindi siya marunong makipag-usap sa ibang bata. Lalaki siyang hindi confident sa sarili niya, insecure (If no intervention, it will eventually affect him. He will grow up with his potentials not being maximized. He will be bullied by others if he doesn’t know how to mingle or communicate with other children. He will grow up without self-confidence),” Samson said.

The Special Olympics Pilipinas is an organization that caters to individuals with intellectual and developmental disabilities. Established in the United States of America in 1968, its main goal is to provide sports trainings and sports competitions for the aforementioned population.

“So itong program na ‘to maganda kasi bata pa lang ina-address na natin (This program is good since it will help them would address these disabilities while they are still young). Developmental disability or developmental disorder are challenges but not a disease. It’s not curable. But you can develop, you can intervene. Managing lang (only),” she said.

Samson shared how Lising and his team reached out to the organization as they raise concerns about children who appear to be struggling with developmental challenges.

“I have observed several children here in Barangay San Antonio with developmental disabilities as confirmed by a teacher. Some of them have hyperactivity sensory disorders, sensory challenges or sensory issues. That’s why some of them won’t let you touch them and they have no focus,” Samson said.

The organization has volunteer doctors, mental health and developmental experts, as well as coaches to cater to the BSA children’s needs.

Samson emphasized the importance of early interventions and reminded the public that these kinds of disorders see no social statuses and can affect both the privileged and the underprivileged.

“That’s why they say that it is for the upper class since they are the ones who can afford early intervention, they can undergo therapy or can seek doctors’ help. The truth is there are also children in the lower class that have the same disabilities,” said Samson who also expressed hopes that other barangays in and out of Pasig City will be inspired by the BSA’s initiative. (PNA)

Davao Residents Told To Get Vaxxed Amid Omicron Presence