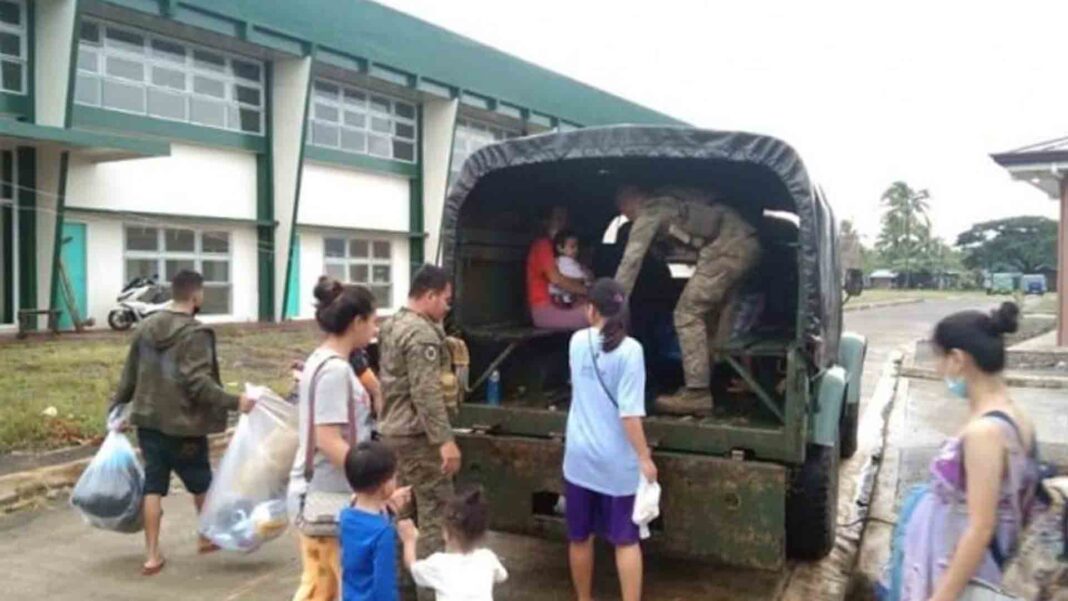 Some 20,380 families have been preemptively evacuated due to Super Typhoon Karding which pummeled Luzon on Sunday, the National Disaster Risk Reduction and Management Council (NDRRMC) reported on Monday.

He said the figure is based on available data or reports from their field offices and other agencies.

The agency also received reports of five fatalities — rescuers from Bulacan’s Provincial Disaster Disaster Risk Reduction and Management Office who were reportedly swept away by floodwaters while they were about to conduct search and rescue operations in the town of San Miguel.

“We are still verifying the report from Camarines Norte, Region 5, of the reported six missing fishermen,” he added.

All of these reports are still subject to verification or validation, he added.

He also added that two municipalities in Quezon and four in Camarines Norte have reported power interruptions. One town, also in Quezon, also reported having no “network signal”.

“Karding” also caused the cancellation of 39 domestic flights while 32 seaports in Calabarzon and Mimaropa reported disruption in their operations.

Also, around 2,338 passengers were reported stranded in different ports in Regions 4A, 4B and 5.

On agricultural damage, Alejandro said around 740 farmers were affected by “Karding” along with 16,229 hectares of farmlands.

There are still no reports about infrastructure damage and houses affected by the super typhoon.

Alejandro said figures for these are expected to come later on Monday.

He added that another severely hit province is Nueva Ecija as its agriculture was severely affected by “Karding” while sustaining some damage to its infrastructure.

Meanwhile, the Department of Public Works and Highways (DPWH) reported that nine roads in Luzon remain impassable due to the effects of the tropical cyclone.

In a statement, DPWH Secretary Manuel Bonoan said these include four roads in Central Luzon, two roads in Cagayan Valley and one road each in CAR, Ilocos Region and Calabarzon.

In Cagayan, the Bambang-Kasibu-Solano Road, Antutot Section in Nueva Vizcaya is closed due to landslide while the NRJ – Villa Sur San Pedro- Cabuaan-Ysmael- Disimungal Road, San Pedro Overflow Bridge, in San Pedro, Madella, Quirino is closed due to flooding.

The Kennon Road in CAR remains closed to non-residents for safety reasons while the Manila North Road, Sitio Banquero, Barangay Pancian, Pagudpud, Ilocos Norte is closed due to damaged pavement, and the reoccurrence of slides.

The DPWH also reported that it monitored three roads with limited access — two in Central Luzon and one in Calabarzon.

These roads are: Apalit-Macabebe- Masantol Road, Calsada Bayu, Sta. Rita, Macabebe, Pampanga due to flooding; and Olangapo- Bugallon Road, sections in Sindol, San Felipe and San Rafael, Cabanang, Zambales due to flooding and the Rizal Boundary – Famy – Quezon Boundary Road, in Laguna due to flooding.