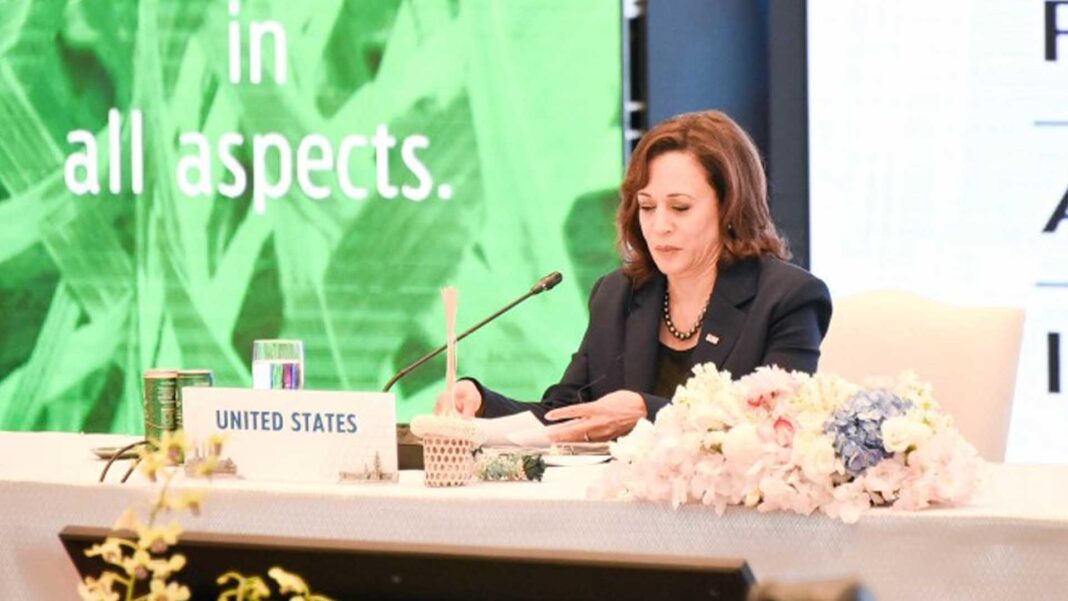 The scheduled visit of United States Vice President Kamala Harris to Palawan next week would not fuel tension between the Philippines and China, according to President Ferdinand R. Marcos Jr. on Saturday.

In a media interview on the sidelines of the the 29th Asia-Pacific Economic Cooperation (APEC) Summit in Bangkok, Thailand, Marcos said Harris will merely visit Palawan, which is part of the Philippine territory.

“No. I don’t see why it should,” Marcos said, when asked if he thinks Harris’ visit to the Philippine island might pique China.

“She (Harris) is in the Philippines and she is visiting another part of the Philippines. And of course, it is the closest area to the South China Sea, but it’s very clearly on Philippine territory. So I don’t think it will cause problems,” he added.

Harris, the highest-ranking US official to visit Puerto Princesa City, will meet with civil society leaders, residents, and representatives of the Philippine Coast Guard on Nov. 22 as part of her official trip.

Asked about the topics that he would raise with Harris, Marcos said he would focus on the Philippine-US ties.

“Well, it’s not necessarily issues to be raised but really I have always said that the relationship between the United States and the Philippines must continue to evolve, and it will be that,” he said.

They called for the immediate conclusion of negotiations for the final and binding Code of Conduct in the South China Sea (SCS) to address the maritime disputes among littoral states.

Marcos and Xi agreed that the SCS issue should not affect the improving relations between the Philippines and China.

The Chinese Embassy also issued a statement on Friday, saying Manila and Beijing should work together to “reject unilateralism and acts of bullying, defend fairness and justice, and safeguard peace and stability in the region.”

Sought for reaction, Marcos said “bullying is not exactly accurate but I would characterize it as something different.”

“As part of our foreign policy, this is something again I spoke to our other partners with. What we should pursue is that we should make sure that we in the region are the ones who will decide the future of the region. Huwag natin pabayaan na dinidiktahan tayo ng kahit na sino. Maybe that’s what the Chinese is referring to,” Marcos added.

Harris “greeted” Xi before the APEC Leaders Retreat on Saturday, according to the Vice President herself in her Facebook post.

“I noted a key message that President (Joe) Biden emphasized in his November 14 meeting with President Xi: We must maintain open lines of communication to responsibly manage the competition between our countries,” Harris posted. (PNA)

Senior Citizens Urged To Get More Involved In Local Governance

Davao Residents Told To Get Vaxxed Amid Omicron Presence