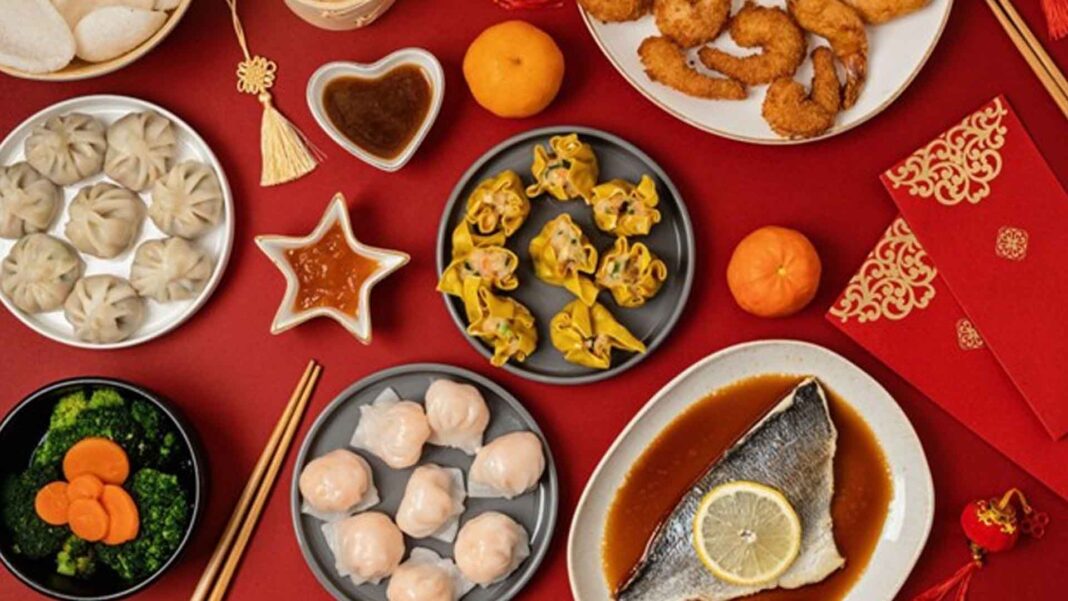 Lucky Chinese New Year Foods That You Can Cook At Home

Lucky Chinese New Year Foods That You Can Cook At Home

Every year, there are traditions that are performed to spread good vibes throughout the year, which are set by things like colors to wear or foods to eat.

This Lunar New Year 2023, attract good fortune with these mouthwatering and lucky dishes that you can make at home. 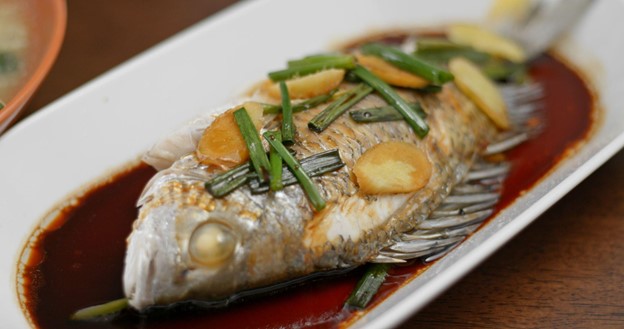 In Chinese, the pronunciation of the word “fish” also denotes “abundance,” which symbolizes well-being and prosperity.

If you’re planning to cook fish for the Lunar New Year, Chinese people also have their own meaning for three specific kinds of fish.

The Chinese have no particular tradition when it comes to cooking fish during the new year. But it is very common for them to serve steamed fish during the Lunar New Year. 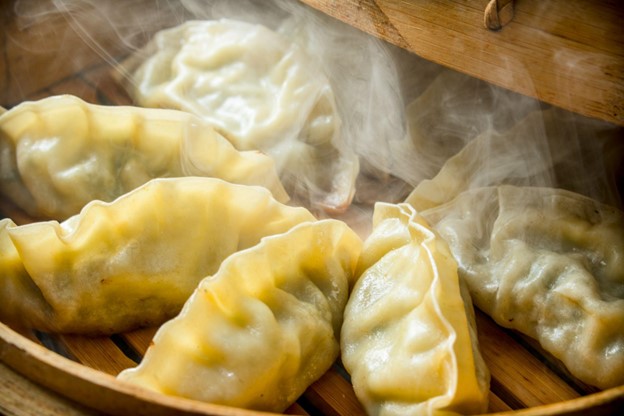 During Chinese New Year, dumplings serve as a symbol of wealth due to their belief that if you ate more dumplings during the new year celebration, it would be equivalent to getting more money for the whole year.

The structure of the Chinese dumplings should be the same as the Chinese silver ingots, which are boat-shaped with two ends and were used as money by ancient Chinese people.

These dumplings commonly contain minced meat and chopped vegetables wrapped in a dough skin and these could be boiled, steamed, or fried. 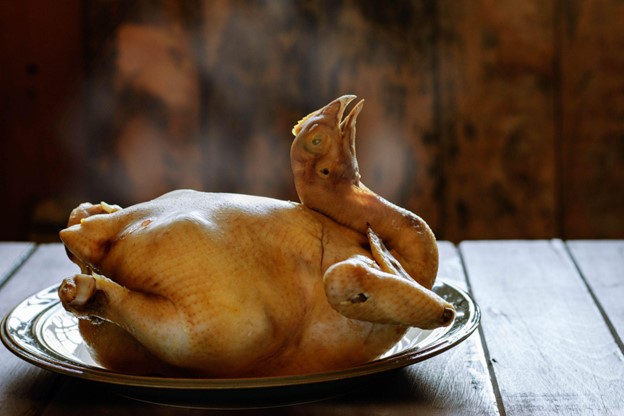 Chinese people believe that serving a whole chicken, including its head and feet, symbolizes a good beginning to the year and can also present unity and wholeness of the family.

During the Chinese New Year celebration, chicken is commonly braised or roasted with ginger or soy sauce.

In terms of serving the chicken, the dish should be offered first to ancestors and gods as a way to ask them for blessings and protection.

Also, the breadwinner of the family is usually ordered to eat the chicken feet, which symbolizes someone who would help the family grab onto wealth. 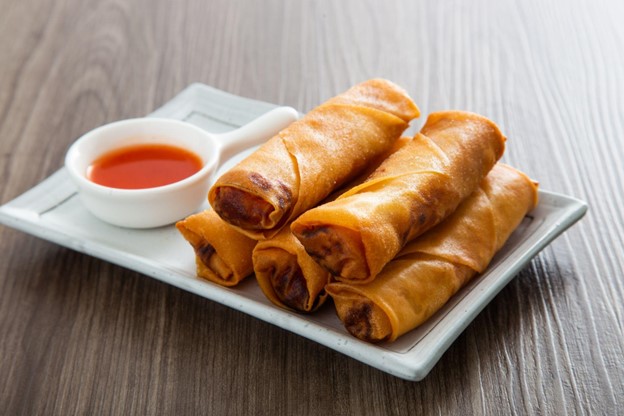 Eating spring rolls during the new year is most common in places in East China. Just like the dumplings, spring rolls symbolize wealth and prosperity, as they are pictured to look like gold bars.

Spring rolls are a Cantonese dim sum dish that is commonly known as “lumpiang shanghai” here in the Philippines. This dish is composed of meat and vegetables covered in dough wrappers and dipped in sweet sauce. 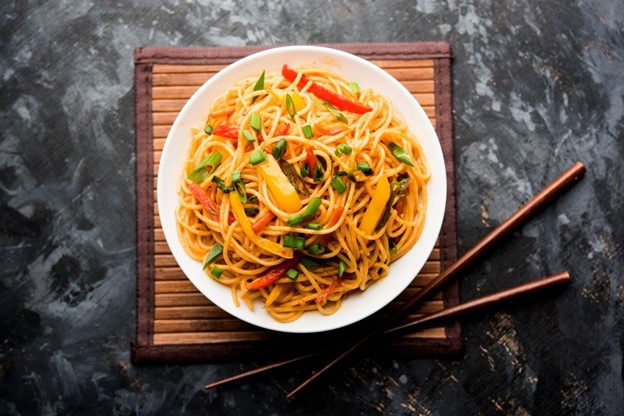 When it comes to Chinese foods, noodles will always be on the list. In China, eating noodles represents a year-round wish for a longer life.

This type of dish is commonly served every Chinese New Year in places in North China. Also, the noodles presented on this specific day are longer than the normal noodles, as they prefer them uncut and served boiled or fried with meat broth. 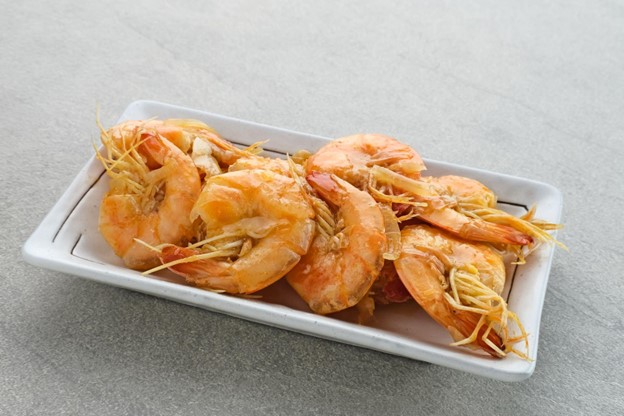 Cooking a shrimp dish is a very common new year’s food among Cantonese people. For them, this kind of dish symbolizes liveliness, happiness, and good fortune in the family.

In terms of cooking this dish, there is no mandated way to present it. It is entirely up to you whether to fry or serve your shrimp dish with soup. 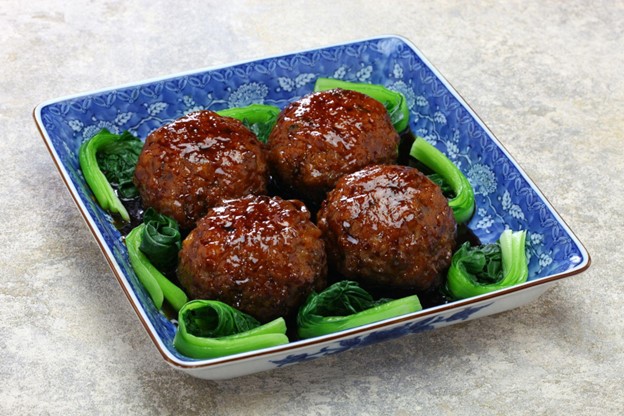 This kind of dish is intended to have a larger size compared to typically served meatballs and is a popular new year’s dish among Chinese people in Shanghai.

These meatballs are named after a lion’s head because of their resemblance to the features of the said animal. For Chinese people, this dish represents strength in their culture and family unity.

Despite its size difference from other meatballs, the ingredients are still the same, as it also uses meat and vegetables and is paired with a sweet sauce afterward.

Besides these dishes, always remember that luck still depends on how you work at it. These foods serve as an attraction, but the action of achieving them will still be in you. Happy Lunar New Year!

After dominating many tournaments throughout the year, the Philippine women's football team "Filipinas" surpassed a significant milestone in 2022.
First Dibs

ArtistSpace opens their first exhibit for this year that features artists from Luzon under “Pugad ni Art Studio.”
Travel

The Borongan City government plans to launch airfare discounts on flights from Cebu and Manila to attract more tourists.
Travel

The Department of Tourism in the Caraga region recorded a double number of tourist arrivals during 2022 compared to 2021.
News

The Philippine Army wants to increase its cooperation with the country over land domain training and education after meeting with the United Kingdom's defense attaché.