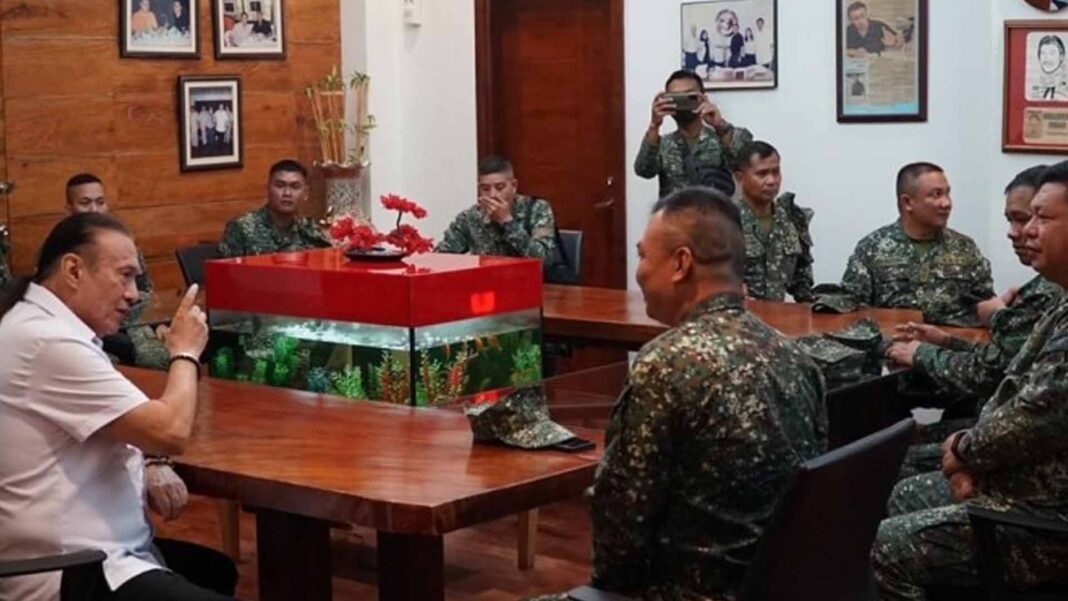 Local fishermen here have welcomed the proposed installation here of a detachment of the Philippine Marine Corps (PMC) to prevent illegal fishing as well as provide immediate help in times of emergency situations.

Roderick Raquino, a fisherman from Metro Gabu village here, said in a media interview Tuesday that the presence of the Marines in the city’s coastal area will be beneficial to them.

“We feel more secure knowing they are just within our reach,” said Raquino, adding that their mere presence will prevent illegal activities in the area.

In a recent meeting with Mayor Michael Keon at the Laoag City hall, Brig. Gen. Vicente Mark Anthony Blanco, commander of the 4th Marine Brigade, said the PMC is scouting for an area where its detachment unit can be established.

As the center of commerce and a site of vital installations in the province, Keon said the proposed establishment of a Marine detachment will be of big help to the city government.

The Sulu-based Marines were deployed in the province in September last year and they are currently stationed in Barangay Bobon in Burgos town, Ilocos Norte.

Aside from countering terrorism, the Marines in Northern Luzon will also help ensure the safety and continuous development of the communities here, as well as provide support to stakeholders and government agencies in performing humanitarian assistance and disaster response operations, including joint law enforcement support operations.

Meanwhile, the PMC also assured their participation in the city’s upcoming civic-military parade during the opening of the Pamulinawen Festival on Feb. 1. (PNA)

A local artist portrayed unity or alliance through abstract painting exhibited for this year's ARTablado.
News

A town in Ilocos Norte will have a new source of renewable energy as another solar project is set to be built in the city.
Spotlight