‘Keeping Up With The Robredos’, Why Are Netizens Still Following Them?

‘Keeping Up With The Robredos’, Why Are Netizens Still Following Them? 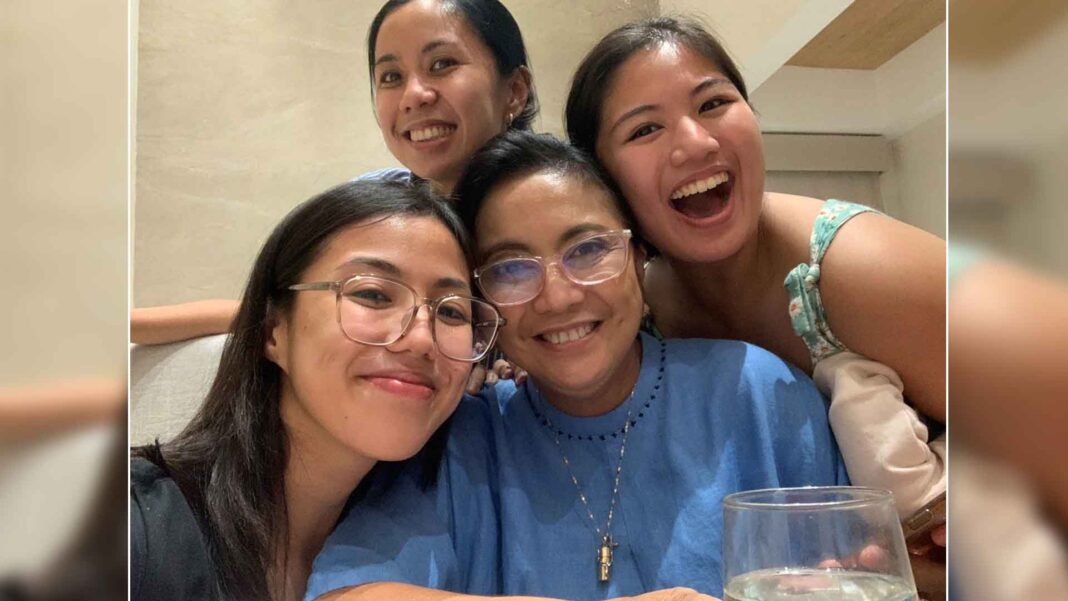 It has been days since the election season has ended. Winners are rejoicing and having victory parties while other unfortunate candidates have moved on with their other plans in life. But it may not be the case with their avid supporters.

While many ‘kakampinks’ happily support the recent engagements of the Robredos, many others are still questioning Vice President Leni Robredo’s intentions and actions despite Bong Bong Marcos winning the presidential race.

So, why are they still following them?

If you’ve stayed online these past few days, you’ve probably heard the family accused of being ‘pa-showbiz’ or how their simple lifestyle is just a ‘PR stunt.’

Recently, in a now-deleted post, a Cebu Pacific pilot claimed that at the height of campaign season, Robredo asked for priority landing that forced flights to divert. He also mentioned that he felt the “frustration” of the Singapore and Qatar Airlines pilot who also got “diverted.” 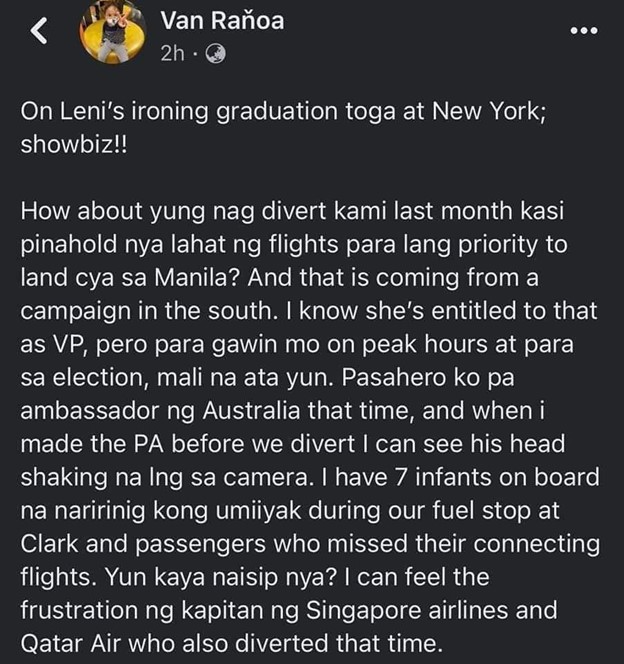 The said claim has proven to be false in a recent statement released by Cebu Pacific. The airline’s vice president apologized to VP Leni and confirmed “that the pilot has made it clear to us that he had no basis for his claim and was purely speculative and careless on his part.”

Meanwhile, the Robredo family can be seen enjoying themselves on their recent trip to New York to be in attendance at Jillian’s (Robredo’s daughter) graduation ceremony. As their Instagram stories tell, VP Leni and her daughters seem unbothered by the not-so-positive claims against them.

But what have the Robredos been up to lately that “Keeping Up with the Robredos” has become so popular? 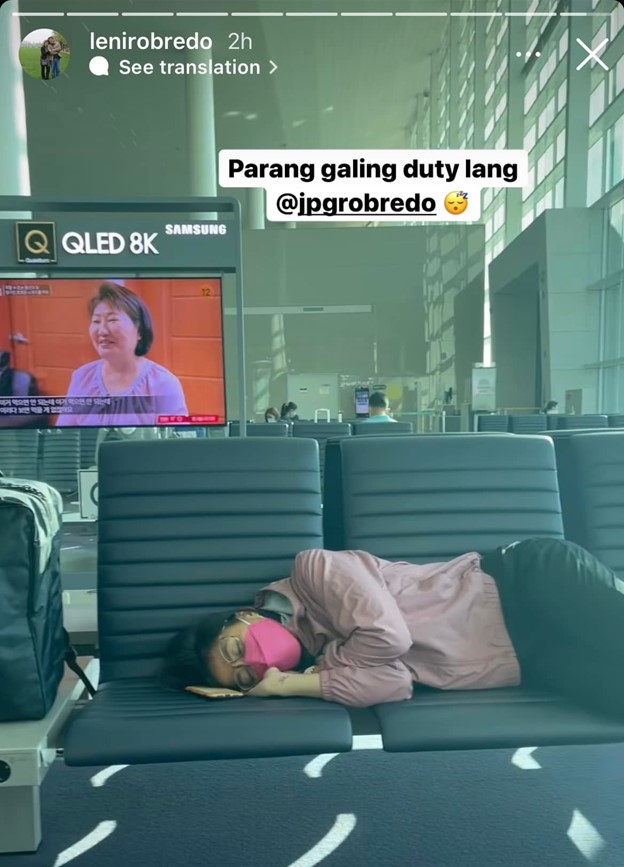 While bashers called this a PR stunt, the Robredos just continued with their usual family banter as seen in their IG stories. 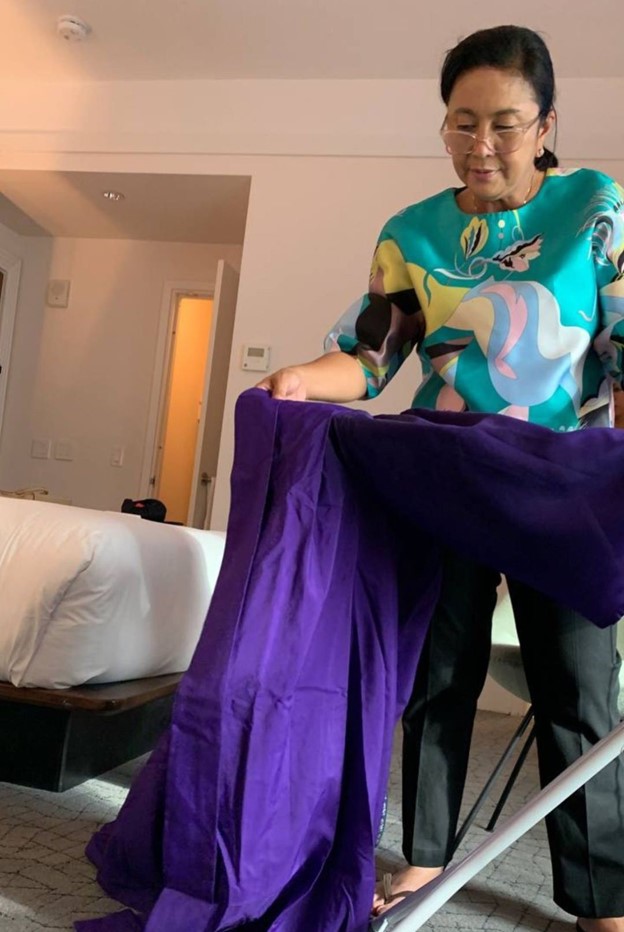 Aside from being a Vice President of the Philippines, Robredo is also a mom. And this snapshot of her drew the attention of netizens since she is wearing the ‘pambahay na tsinelas,’ which completes her motherly vibes.

3. The Robredos are free to walk the streets of New York and shop at Target 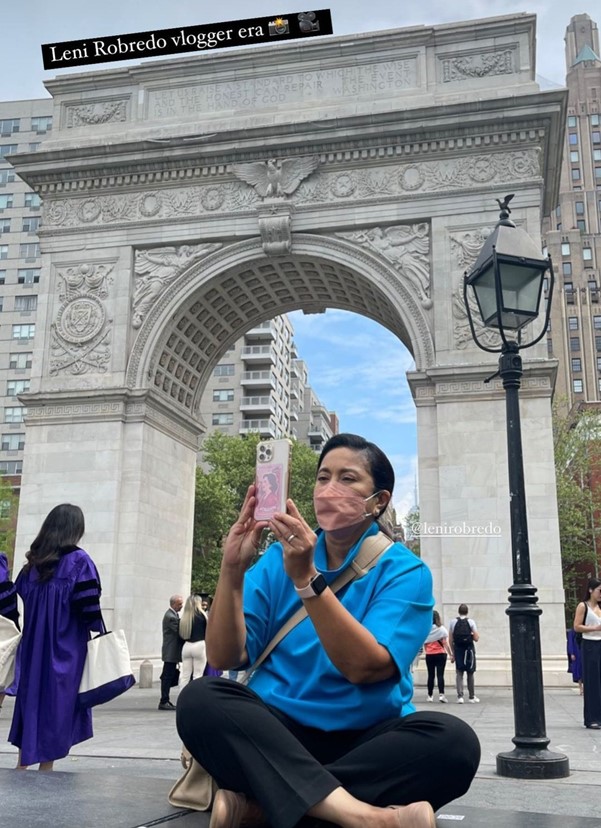 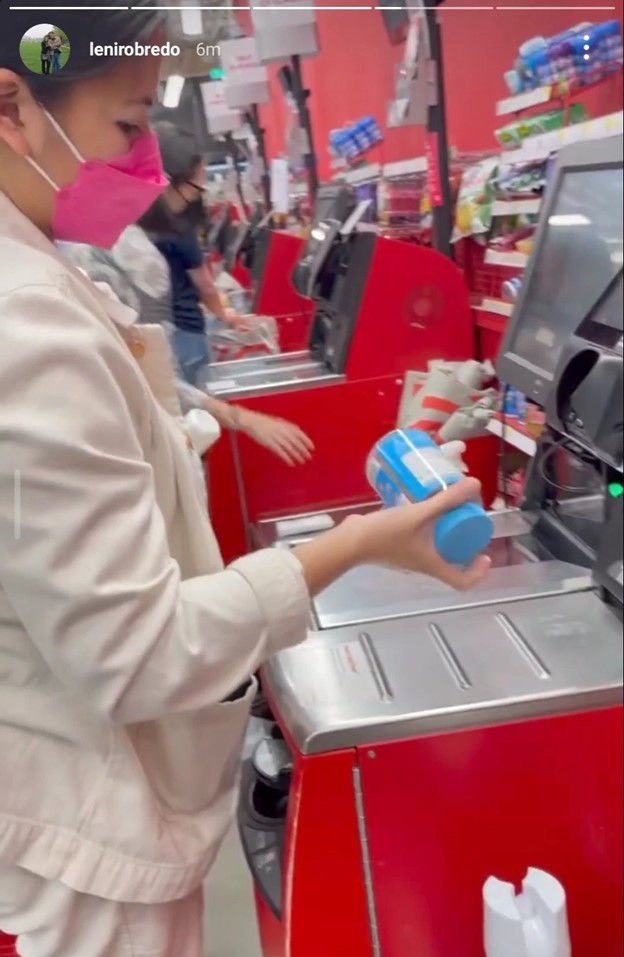 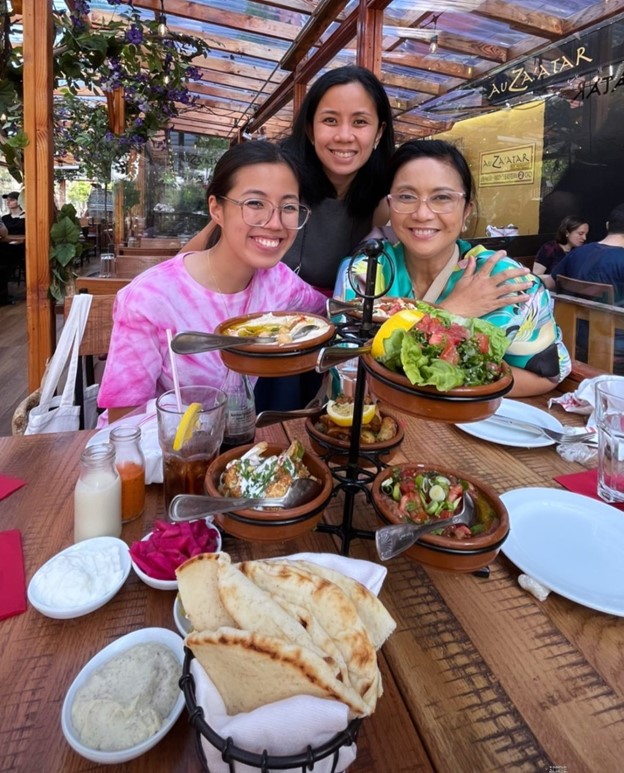 The series of videos are all smiles and laughs, sharing jokes and unfiltered photos while doing their day-to-day activities. Aika Robredo brands this as VP Leni’s “vlogger era.”

Again, the question remains, why are netizens ‘Keeping Up with’ the Robredos? Whether it’s for a good or bad reason, people can’t help visiting their profiles and checking on them.

For their supporters, it may be because their family is so relatable. Just take the ‘youngest sibling as mom’s favorite’, a running joke between Tricia and Jillian. Also, because of their various achievements, many others find the family as a group of inspiring individuals.

But just like the Kardashian-Jenner family, the Robredos have their own fair share of issues thrown at them. Just watch this video of the sisters reading mean tweets and how they react to them.

Meanwhile, other people seem so focused on criticizing VP Leni, going so far as ‘diagnosing’ her with mental health problems and tagging her Angat Buhay Foundation as anti-government and calling it a cult.

In the end, people can’t surely know what’s happening within the Robredos private lives aside from the things they want to share with the public. What their supporters know is that they seem to be living stress-free from the 2022 elections.

Senator Appeals For Removal Of Fuel Taxes Amid Rising Prices

Unilever is back with its Positive Beauty campaign #OwnYourBeauty with more exciting deals on Shopee!

Informal workers in Ilocos Norte received livelihood assistance from the Department of Labor and Employment and the Ilocos Norte government.
News

A female dormitory will soon be established in a secondary school in Antique that will house students from remote villages.
News

A new bridge that will enhance people's mobility will soon be constructed in Aurora.
Load more