In The LEUPP With Riane Garfin

In The LEUPP With Riane Garfin 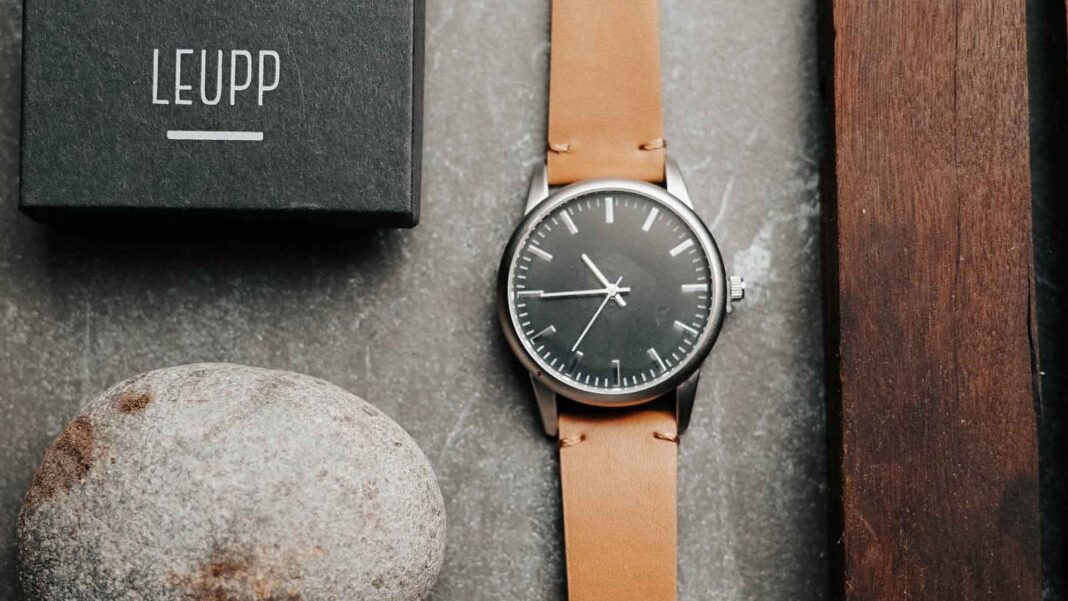 For most of us, getting our first proper watch — the analog ones with actual hands for the hours, minutes, and seconds, to be exact — is a moment that’s best described as a rite of passage.

For designer and entrepreneur Riane Garfin, however, the experience was just a bit more profound: after all, it did involve opening up a watch using a tuning fork, and observing firsthand just how one such machine can seamlessly blend together precision engineering with delicate and beautiful artistry and practicality.

This, as Riane recounted in an earlier interview, eventually led to the creation of LEUPP, a local watch brand that prides itself on its line of stunning minimalist and incredibly functional timepieces.

According to Riane, LEUPP started out in 2014 as a small fashion accessories business, noting that it was only in 2018 that they decided to change gears and focus solely on what she describes as “time machines.”

“In 2014, with just 20,000 pesos worth of stock I started a fashion accessories business, and they flew off the shelves. Then my business partner joined and invested in the business and it grew and we expanded to other accessories including watches,” Riane says.

“After several years in operation we realized that our watches were the obvious favorite, so in 2018 we changed direction and focused solely on watches. That’s when we renamed the brand to LEUPP,” she adds.

Now operating in a studio tucked in the leafy Putney district of southwest London, LEUPP focuses on creating simple, clean, and contemporary timepieces for fashion-conscious consumers, in stark contrast to their contemporaries, most of whom often tend to put emphasis on style over substance.

“So many watch brands have become synonymous with generic catalog parts with a logo slapped on it. LEUPP is a design-focused brand, so each model uses a unique case, cut and molded specific to our design and vision,” she adds.

According to Riane in an email, LEUPP is able to do this by deliberately removing clutter and other unnecessary elements from their watches.

“LEUPP’s design aesthetic is inspired by Kanso – which means simplicity in design. This Japanese aesthetic is designed to eliminate clutter, instead of thinking in terms of decoration, in our design process, we rid space of the non-essential,” she says, adding that the brand’s aesthetics also take inspiration from unexpected elements like a piece of furniture or a building.

This unconventional approach to design and aesthetics, Riane says, led to the development of the LEUPP look, which, in this case, is characterized by unique, versatile, and elevated designs, as well as flattering, flawless, and genderless silhouettes.

These elements are most evident in the Kubo, Mori, and Ito lines, which she notes as being so versatile that they can be worn with both casual and formal wear.

Kubo, for instance, has an asymmetrical winder, giving it an unexpected yet classy look;

Ito, arguably the boldest of the three, boasts a square, Bauhaus-inspired shape coupled with an all-black watch face.

Other models that LEUPP takes pride in are the Ueno, which Riane notes as being her personal favorite,

and the Imako, which she describes as being “an unconventional watch designed for the non-conformist.”

Lest you think otherwise, however, LEUPP’s watches — despite the brand’s dedication to timeless and understated design — are sold at surprisingly fair price points.

According to Riane, this decision to provide consumers with accessible and yet high-quality and sophisticated timepieces serves a distinct purpose: widen the brand’s reach and allow more customers to get a hold of their products.

“We exist to provide quality fashion watches at radically affordable price points,” she says, adding in a statement that she wants LEUPP to eventually become the public’s go-to brand when it comes to everyday-wear fashion watches.

And it’s not just their aesthetics and price points that are impressive: so too, is LEUPP’s concept of customer service, with Riane noting the brand’s desire to keep things “simple and easy” for their customers.

Unlike other brands and shops whose idea of customer service ends at the tills, LEUPP, according to Riane in an email, values customer satisfaction even after the sales have been made. This, she stresses, is the exact opposite of the methods often employed by other local brands, who, more often than not, tend to make customer service decisions deliberately hinged on mere conflict avoidance instead of legitimate problem-solving.

“Trust that we’ll deliver something of a good standard, and trust that we’ll back our product with support if there are any issues,” Riane says, adding that the brand has even gone as far as to invest in technologies that enable their team to provide professional support to their customers, such as Live Chats and a 24/7 helpdesk.

So, what’s next for LEUPP?

According to Riane, their plan is for LEUPP to start catering to a global market within the next two years.

It’s a notion that’s nothing short of ambitious, I’d give you that, but judging by how well-received LEUPP’s timepieces are, I’m quite sure it won’t be long before that happens.

It is LEUPP’s time, after all.

Tribal Village Opening To Kick Off Kadayawan Festival On Aug. 5