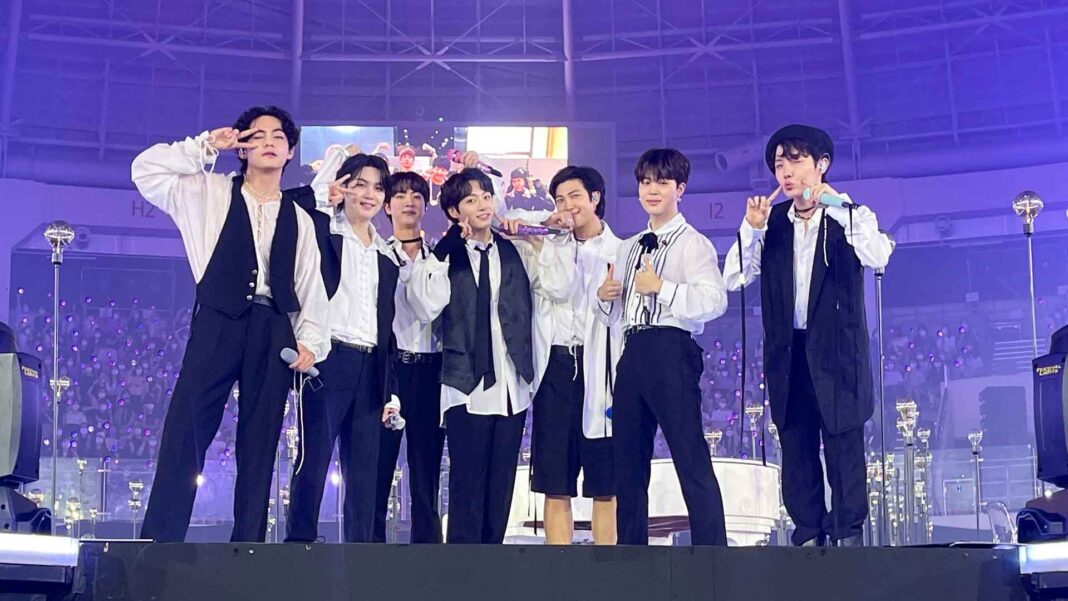 In line with BTS’s fans’ anniversary, Google delights ARMYs with the release of their BTS X Street Galleries exhibit collaboration. The virtual street gallery tour is accessible to everyone via StreetView’s Arts & Culture platform.

For the exhibit, each BTS member curated their favorite and most memorable artworks included in the gallery. As fans and viewers progress through the tour, the members introduce them to their very own street galleries, containing a view of artworks remarkable to the group and the public places and easily recognizable to the avid fans of the band.

Suga’s Street Gallery brings fans to the Dolby Theater in Los Angeles, where their group first dreamt of achieving international recognition. For Suga, his chosen artworks manifest his love for his craft and the idea that possibilities come when you “allow yourself to dream.” J-Hope chose the United Nations in Europe, where the group had the honor to speak as ambassadors at the UN General Assembly. He “hopes” that the artwork that fills him with optimism will do the same for their fans. Not far from Hobi, another member, V, chose London as the subject of his gallery. V, who loves taking pictures, fell in love with the moody and picturesque streets of London, and so his chosen artworks reflect his love and passion for photography and art.

Meanwhile, Worldwide handsome Jin takes his fans to his Street Gallery in Saõ Paulo, Brazil, which he labeled as “BTS’s favorite city” because of the love and positive energy they received. For Jin, his chosen artwork can be a “great healer” when he’s feeling low, like the music they make. On the other hand, there is Jimin, who greets his fans in the streets of Singapore, where they once held their “Love Yourself” concert. Jimin curated his artworks with the idea of his journey through self-love and acceptance.

The remaining two group members are back where they started, in South Korea. The maknae, Jungkook, chose Chunggu Building in Seoul, which served as the group’s second home since their debut in 2013. Jungkook’s selected artworks remind him of his journey as an artist who spent years trying to find a way and an outlet for his talent and creativity. Lastly, the group’s leader, RM, brings fans to Namdaemun in Seoul, where they performed at the Global Citizen Live festival last year. For BTS’s leader, art is timeless, and he is “glad to show you around my Namdaemun gallery with some of my favorite pieces on Google Arts & Culture.”

K-pop superstar BTS’ fans, ARMY, celebrated their ninth anniversary as a fandom last July 9, 2022. The anniversary marks the 9th year after the boy group officially announced their fandom name to the public.

The BTS street gallery exhibit is open for anyone interested. To start your journey, visit https://artsandculture.google.com and search for BTS or access the link below. Simply click the “Launch Experiment” button. It will direct you inside the gallery, where you can choose a BTS member to explore the gallery with.

The Arts & Culture platform offers a variety of virtual activities like tours of the Museum of Contemporary Arts in Bogota or exploration of Martin Luther King Jr.’s memorial through virtual reality.

BTS is currently taking a break from their group activities to give way to rest and solo promotions. Recently, their member, J-Hope, released his debut studio album, “Jack in the Box” with the title track, “Arson”. BTS X Street Galleries experiment exhibit collaboration can be accessed through https://artsandculture.google.com/experiment/GAF29KhE_DxEnA.