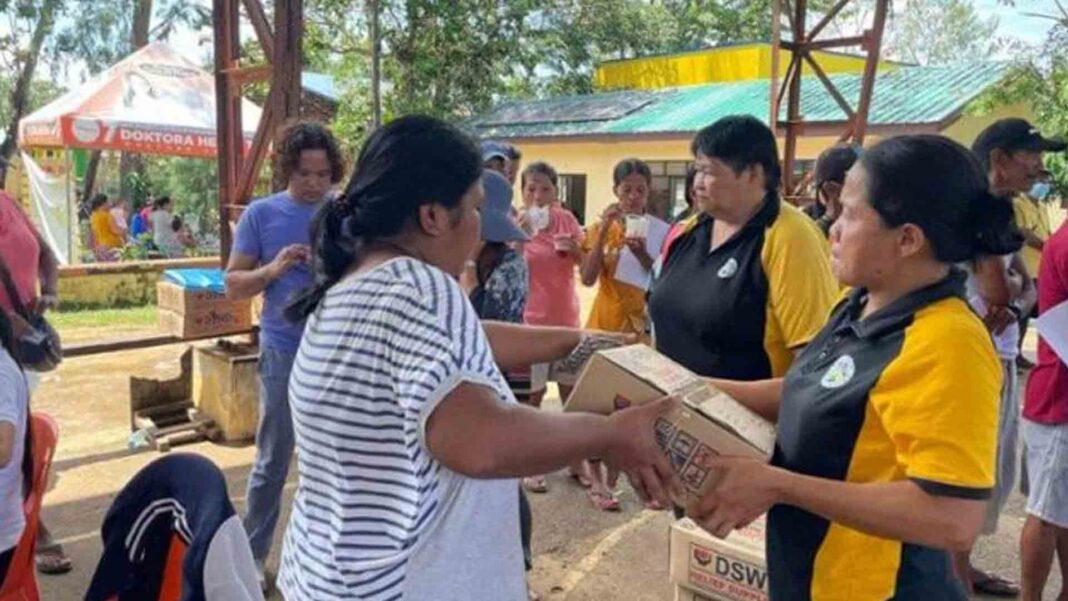 The Department of Social Welfare and Development (DSWD) on Wednesday reported that it has released over PHP22.7 million in relief assistance to victims of Super Typhoon Karding.

“As of Sept. 28, it has provided more than PHP22.7 million worth of food and non-food items (FNIs) as resource augmentation to concerned local government units (LGUs),” the agency said in its report.

The DSWD, through its field offices (FOs), also provided cash assistance amounting to a total of PHP2.73 million under the Assistance to Individuals in Crisis Situation (AICS).

Of the amount, financial assistance worth PHP5,000 was given to each of the 475 families in the province of Aurora and 69 families in Quezon province with partially-damaged houses and PHP10,000 to one family whose house was totally damaged in Kabayan, Benguet.

The DSWD also airlifted and delivered family food packs (FFPs) and other relief items to hard-to-reach areas in Quezon province and other remote communities affected by the typhoon.

The DSWD, meanwhile, thanked Maynilad for its donation of some 1,500 pieces of bottled water to be distributed to the hard-hit areas in Aurora and Quezon province.

The International Organization for Migration (IOM) also donated some 3,000 pieces of tarpaulins to be delivered to the communities in San Fernando, Pampanga, and Real, Quezon.

The DSWD will continue to coordinate with concerned LGUs to determine other services needed by their constituents to recover from the effects of the typhoon.

Meanwhile, the Archdiocese of Manila expressed sympathies to the families who lost their loved ones due to the typhoon.

“We pray for all those who have been devastated, hurt, lost their lives, and lost their livelihoods. We sympathize with the families who have lost loved ones,” Manila Archbishop Jose Cardinal Advincula said in an interview over church-run Radio Veritas.

“We hope that many good people will be generous so they (people affected) can recover from this calamity,” the Manila archbishop added.

He appealed to the people to protect nature to prevent climate change.

“Disasters like this remind us of our duty to preserve and protect the nature that the Lord has given us. By taking care of nature, we also benefit,” Advincula said.

The NASSA Caritas Philippines has also recognized the five rescuers of the Bulacan Provincial Disaster Risk Reduction and Management Office who died after being swept away by floodwaters in the town of San Miguel. (PNA)

Angara Vows For Inclusion Of Targeted ‘Ayuda’ In 2023 Budget