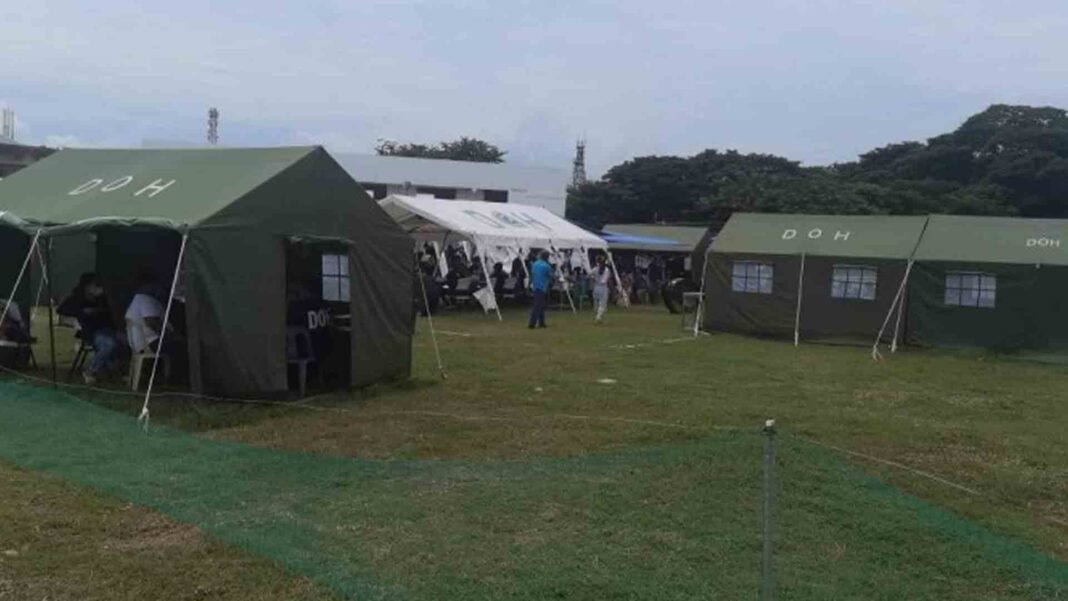 The Department of Health (DOH) said it has set up tents to serve as temporary medical facilities after the initial damage to health infrastructure in the region, most of them in Abra, reached more than PHP30 million.

Dr. Rio Magpantay, DOH in the Cordillera Administrative Region (CAR) regional director, said on Thursday 14 hospitals were damaged when the region and several areas in Luzon were hit by the magnitude 7 earthquake last July 27.

One hospital in Abra was totally damaged and no longer functional.

Magpantay said four of the partially damaged hospitals are also in Abra, one in Apayao, four in Ifugao, and four in Kalinga.

Of the regional health units, seven in Abra and one in Kalinga were no longer functional.

Meanwhile, 39 barangay health stations in the different provinces were partially damaged aside from the two totally damaged in Abra.

Abra, the hardest hit province in the region, recorded PHP11 million worth of damage, Kalinga with PHP4.5 million, Ifugao with PHP2.45 million, Apayao with PHP700,000, and Baguio City with PHP500,000.

Magpantay said the damage will be validated as they continue to receive reports from the different provinces and towns of the damage incurred by their health facilities.

Magpantay said for the totally damaged health facilities no longer functional, the DOH with the help of the other agencies will come up with modular hospitals to serve as temporary treatment and medical areas for sick and emergency patients.

He said 20 hospital tents, 50 cot beds, 30 hygiene kits, and various drugs and medicines worth PHP1.09 million were provided by the DOH central office to Abra immediately after the earthquake.

Aside from supplies, medical augmentation from the DOH central office and the different DOH retained hospitals were also immediately deployed to help assist the victims and manage the health situation in the quake-affected communities.

Magpantay said they continue to send assistance, including treated curtains and mosquito nets especially considering that many residents continue to stay outside their homes as aftershocks are still felt in Abra and different provinces. (PNA)

Department Of Migrant Workers Fund For Distressed OFWs To Get P1.2-B In 2023

Canada To Partner With PH On Agriculture, Food Security