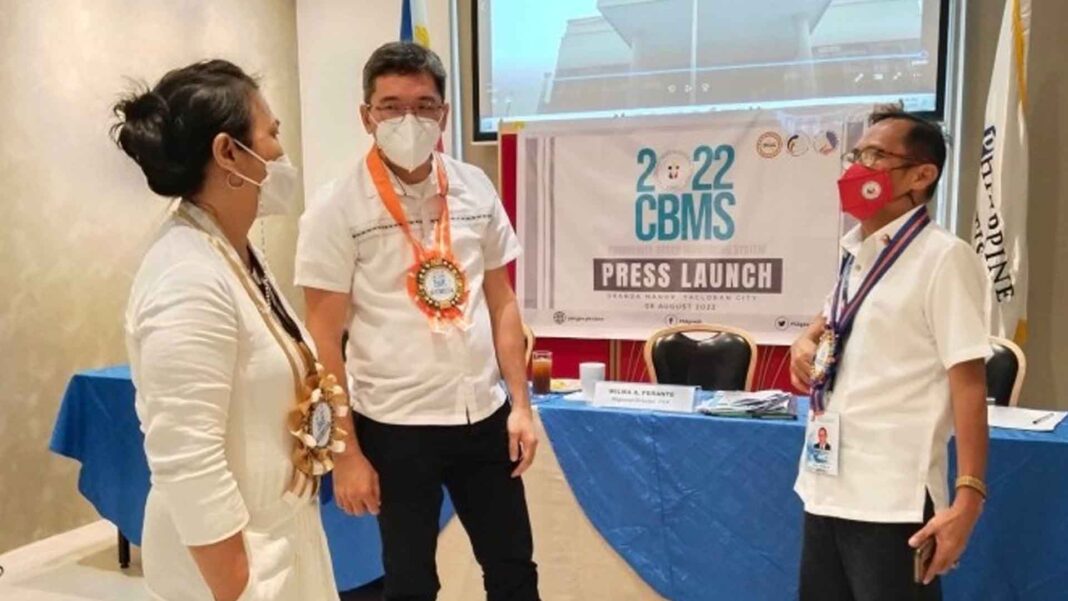 At least 90 towns and cities in Eastern Visayas will implement the community-based monitoring system in the first two months of its rollout, the Philippine Statistics Authority (PSA) has said.

“The conduct of CBMS in 60 LGUs (is) funded by PSA since these towns belong to the fourth- and fifth-income classes. The rest are funded by LGUs. There will be 74 LGUs that will commence (their) CBMS operation in August, while the other 16 LGUs will start their operation in October,” Perante added.

The region has 136 towns and seven cities in six provinces.

CBMS refers to an organized technology-based system of collecting, processing, and validating necessary disaggregated data that may be used for planning, program implementation, and impact monitoring at the local level while empowering communities to participate in the process.

The system, mandated under Republic Act 11315, involves the generation of data at the local level, which serves as the basis for targeting households in the planning, budgeting, and implementation of government programs geared towards poverty alleviation and economic development.

“The CBMS entails a census of households using accelerated poverty profiling systems in the data. Data generated from CBMS will serve as the compendium of localized facts, figures, and maps on the different dimensions of poverty,” Perante added.

Department of the Interior and Local Government 8 Director Arnaldo Escober said with the nationwide rollout of the CBMS, the national government would be able to equip LGUs with the proper system and tools to help them assess, plan, and implement development programs for their localities.

“Since LGUs have bigger tax allotments because of the Mandanas-Garcia ruling, we hope they will be able to allocate funds to carry-out CBMS activities. It will really help LGU design programs and projects for targeted beneficiaries in their areas,” Escober told reporters.

All enumerators have been trained by PSA and all data collected will be subject to validation by the PSA to ensure that they conform to standards.

Perante asked the public to support the 2022 CBMS rollout by providing truthful information. All information gathered will be held strictly confidential and data will be released in statistical summaries only. (PNA)