Don’t know where to start? Here are five steps you can follow to help you gear up for the future as early as now.

From trending items online to Nordic-inspired pieces and even home accessories you didn’t think you needed can now be possible with #ShopeeFinds.

Discover all the nifty gadgets and tech essentials available on exclusive deals on Shopee’s Gadget Zone!

Nestle Philippines, in collaboration with the Department of Environment and Natural Resources and the National Solid Waste Management Commission, is working together to make the country waste-free.
Facebook
Twitter
Youtube
Trending Now 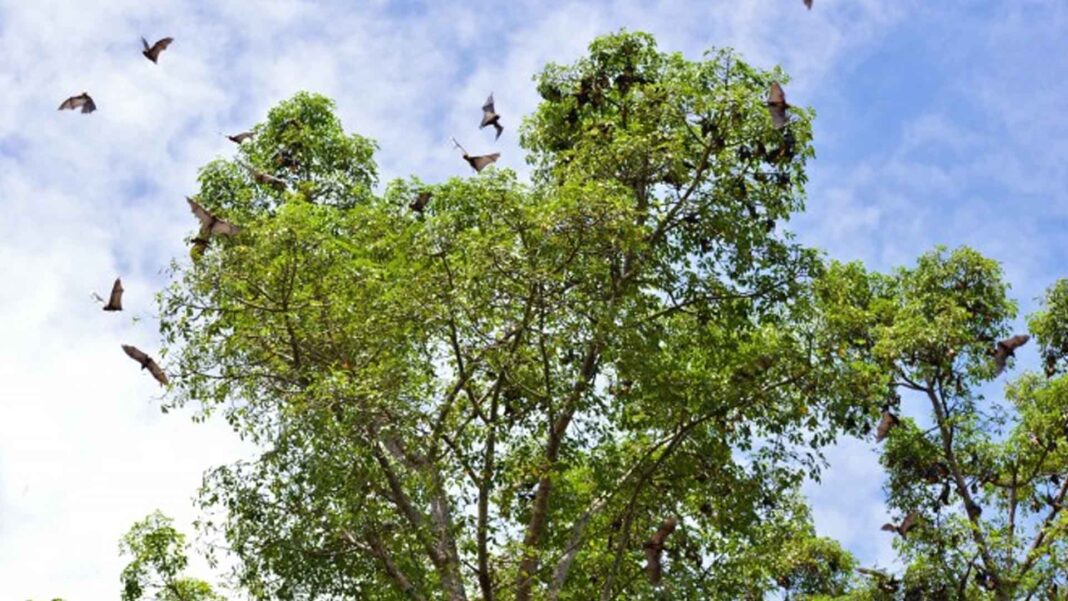 Bats may have been blamed for the worldwide spread of the coronavirus disease 2019, but in Camiguin, these flying mammals have become an added attraction to the island province known for its numerous tourist destinations.

Camiguin has long been known for its white beaches, resorts, islands, springs, waterfalls, dive sites, and other areas of interest unique to the province such as the sunken cemetery, and until recently, the bats.

According to the locals in Barangay Poblacion, Catarman, the colony of bats has started dwelling in two gigantic trees – “doldol” or silk cotton tree and Antipolo tree – some eight years ago.

The trees stand near the barangay road in the center of the village where clusters of houses, public markets, grocery stores, and dining establishments are located.

Don Quililan from the Provincial Environment and Natural Resources Office (PENRO) in Camiguin said in an interview Wednesday the bats in Catarman are called golden crown flying fox (acerodon jubatus) or “kabug” in the Visayan language.

This particular type of bat species, he said, is considered the largest in the Philippines and is known to live in trees.

By PENRO’s estimate, there are now more than 500 members of the colony in Poblacion.

Quililan said killing a critically endangered animal such as “kabug” is punishable by law.

Under Republic Act 9147 or Wildlife Resources Conservation and Protection Act of 2001, an offender could be penalized with fines ranging from PHP1 million to PHP2 million.

A resident, Tony Longay, whose house is just a few meters from the bats’ dwelling place, said the colony that first settled in Poblacion numbered around 200.

Today, the colony’s population has almost tripled in size.

Longay said nobody dared to disturb the bats’ habitat, although the flying mammals don’t seem to mind sounds from vehicles and human activities from nearby residences.

“No one is allowed to light a fire or make a really loud noise near the trees where the bats live,” he said.

Longay said the bats’ noise can be heard at twilight when they fly out to forage for food and during daybreak when they return to roost.

“They are very playful and noisy. That is their characteristic,” Longay said in the vernacular.

He said no one exactly knows why the bats have settled down in a populated area rather than in Camguin’s forests in the mountains.

“They like it here in Poblacion because the people here are disciplined, they don’t hunt animals. Perhaps they feel safe and protected here,” Longay said.

“In my travels around the country, I’ve seen a populous colony only in Subic. But what makes our bats here in Catarman different is that they live in the middle of a human community. That is why we have to protect them,” Palarca said.

The mayor said the municipal legislative council has crafted an ordinance that would declare the colony’s habitat as a protected sanctuary.

To ensure that the bats will stay, Palarca said they have to see to it that aside from prohibiting loud noises, the trees that they live in must never be cut down or their branches trimmed.

Palarca, who admitted being a bird hunter in his younger days but has since become an animal protection advocate, said judging from its size, a single bat could weigh between 400 grams and half a kilo.

He said the bats’ food of choice are mangos, nuts from Talisay or tropical almond trees, and lanzones, which are abundant on the island, and other wild fruits.

The lanzones in Camiguin have been touted as the sweetest among the varieties owing to the island’s fertile volcanic soil.

“We have a mango tree near the municipal hall and whenever there are ripe fruits, the bats help themselves to it, which is a good thing because the ripe ones no longer fall to the ground,” Palarca said.

It is also possible, he said, that the bats would venture to other towns to look for food due to their ability to detect fruits even from afar.

But, he added, no matter how far they went, the bats always come back to Catarman.

Palarca said the residents have been aware of the bats’ presence that whenever they fly out in the middle of the day, he sends in the police to check if someone has disturbed them.

“The bats’ presence in Poblacion is a living proof that we are protecting our environment. Imagine, they chose to live among people than in the wilderness,” he said.

The local government of Catarman is planning on building a view deck a few hundred meters away from the colony’s dwelling place where tourists can observe the bats from a safe distance.

“We will make the bats a tourist attraction without disrupting their habitat. We will buy telescopes for viewing,” Palarca said.

Quililan said the PENRO has been conducting an information drive to inform the residents that the golden crown flying fox is “critically endangered” due to its low population.

In Northern Mindanao, the estimated population of these bat species, which usually dwell in huge trees, is around 7,000 living in about five roosting sites in the region, mostly in Bukidnon.

“These bats are keeping the environment alive since they help in seed dispersal,” Quililan said.

He said the owner of the property where the bats take up residence can also gather their droppings or “guano” and use it as organic fertilizer.

Camiguin Gov. Jurdin Jesus Romualdo said the island has been blessed with diverse flora and fauna, as he expressed his gratitude to the residents’ vigilance and care for the environment.

“These bats will become an added attraction to our island’s tourism industry. Now, our guests, especially environmentalists and wildlife lovers, will have more reason to visit Camiguin,” he said. (PNA)

Don’t know where to start? Here are five steps you can follow to help you gear up for the future as early as now.

From trending items online to Nordic-inspired pieces and even home accessories you didn’t think you needed can now be possible with #ShopeeFinds.

Discover all the nifty gadgets and tech essentials available on exclusive deals on Shopee’s Gadget Zone!

Nestle Philippines, in collaboration with the Department of Environment and Natural Resources and the National Solid Waste Management Commission, is working together to make the country waste-free.

Dabawenyos can now collect their used cooking oil for processing into biodiesel at their city’s oil refinery.
News

Zamboanga City's local government is adopting an online system to streamline the processing and releasing of permits by City Hall's various departments.
News

Over 150 participants attended the recently concluded 13th International Conference of Information Commissioners, sharing ideas on how to protect public information in any democratic state.
News

The Schools Division of Laoag City in Ilocos Norte was recognized during the Department of Education's EdTech Awards.
News

The Philippine Coast Guard is collaborating with the United Korean Community Association for the education and training of its personnel on humanitarian and disaster response.
Load more