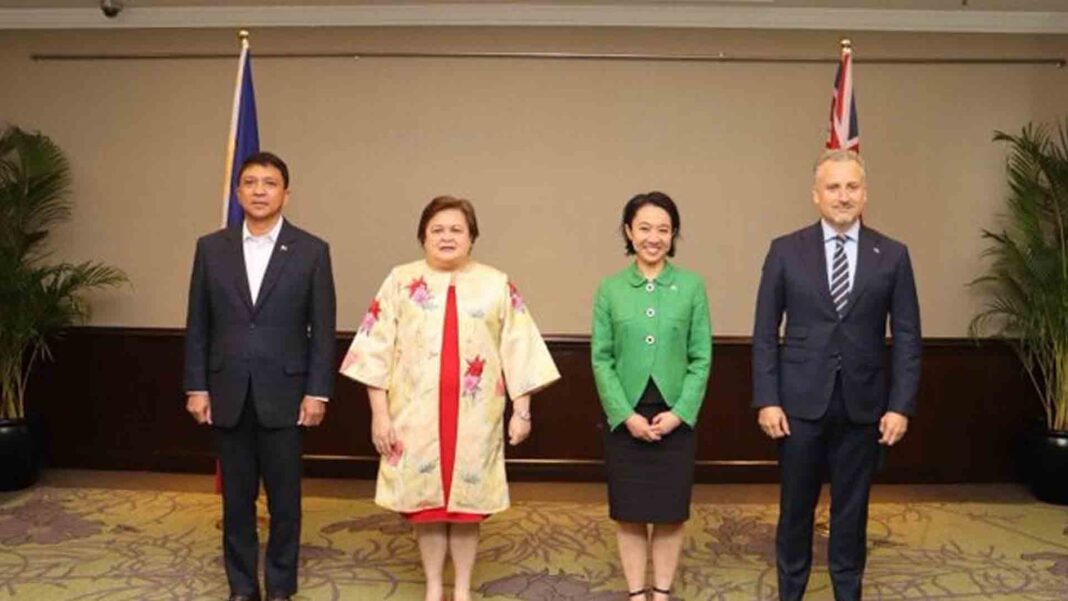 The Philippines and Australia are looking to strengthen cooperation on maritime security and combatting transnational crimes.

Senior foreign affairs and defense officials discussed ways to boost collaboration, both bilaterally and through multilateral organizations, at the 6th Philippines-Australia Strategic Dialogue, held at a hotel in Manila on Friday.

The dialogue was last conducted in 2020 via virtual mode.

Both sides reiterated their commitment to support a rules-based regional order with the Association of Southeast Asian Nations (ASEAN) at the center.

Marcos and Albanese also vowed to further boost cooperation on agriculture, energy, and climate change during their bilateral meeting on the sidelines of the 29th Asia-Pacific Economic Cooperation Leaders’ Meeting in Bangkok, Thailand on November 19.

“The connections between Australia and the Philippines have been long-standing and have become stronger and stronger. We have a sizeable population in Australia of Filipino nationals. And many of them have already taken Australian citizenship and dual citizenship,” Marcos said during the meeting.

A local government unit has provided cash assistance for more than 600 college scholars in Quezon to support their educational needs.
Spotlight

This 2023, start achieving your dream skin with the newest product from Human Nature, perfect for your everyday make-up routine!
News

Bacolod City Mayor Alfredo Benitez plans to make Manokan Country as a tourist destination with the help of a public-private partnership.
Motoring

Over 350 modern jeepneys are now open to serve the residents in Bacolod as the government continues to meet the requirements for public transportation.