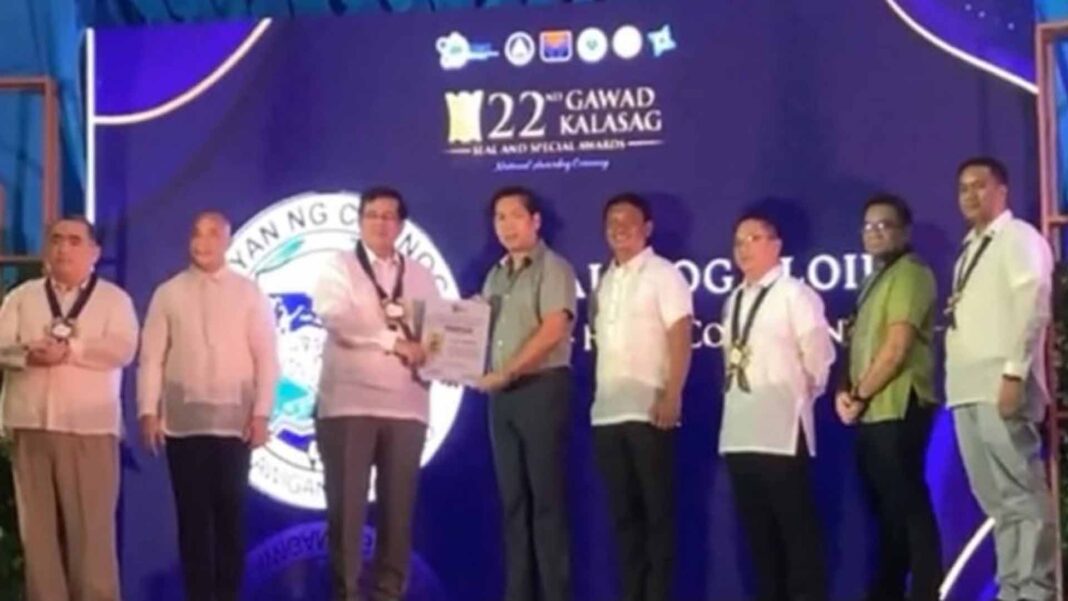 Cindy Ferrer, spokesperson for the Office of Civil Defense (OCD), said Wednesday that of the 142 local government units of provinces, highly urbanized cities, component cities, and municipalities in the region, only 91 joined and 43 were recognized.

“Ninety-one LGUs have joined but unfortunately some have not met the standard of the Gawad KALASAG. But it doesn’t mean that their disaster risk reduction and management does not function (well) since all 142 local government units in Western Visayas have established local DRRM offices,” she said in an interview.

Ferrer added that the Gawad KALASAG (KAlamidad at Sakuna LAbanan, SAriling Galing and Kaligtasan) is not a contest but focuses more on LGUs’ compliance based on the assessment tool consisting of structure, competency, management systems, enabling policies, knowledge management and advocacy, and partnership and participation.

Based on the guidelines, LGUs can either receive a “Beyond Compliant” honor, which is the highest award given in disaster resiliency, or the “Fully Compliant” seal that underscores the capability and ability of the municipality to effectively address the needs of vulnerable communities specifically in times of disaster.

The highly urbanized cities of Iloilo and Bacolod; component cities of Bago and Sipalay in Negros Occidental; and municipalities of Malay, Aklan; and Dumalag and Panitan in Capiz were recognized as “Beyond Compliant”, meaning they have initiatives and best practices aside from the regular DRRM program.

The municipalities of Barbaza, Culasi, Valderrama, and San Jose de Buenavista in Antique; Altavas, Kalibo, New Washington, and Numancia in Aklan; Pavia, Tubungan, Bingawan, Calinog, Dingle, Lambunao, Leon, Maasin, Mina, and Passi City in Iloilo; Jamindan, Maayon, and Tapaz in Capiz; Sibunag in Guimaras; and component cities of Silay, San Carlos, La Carlota, Talisay, and Himamaylan and municipalities of Isabela and EB Magalona, all in Negros Occidental were all cited as “Fully Compliant”.

Thirty-seven of the 43 KALASAG honorees received their awards in a ceremony held at the Diversion 21 Hotel here Tuesday.

Antique, Capiz, and Guimaras, all “Beyond Compliant”-assessed, and the “Fully Compliant”-cited provinces of Aklan, Iloilo, and Negros Occidental will be receiving their awards in Manila together with national finalists in emergency response and volunteer organization, Ferrer said.

The Capiz Emergency Response Team and Federation Fire Iloilo Volunteer Fire Brigade, Inc. in Iloilo City, which made it to the top three national finalists, will also be awarded in Manila, tentatively set on December 8.

The Gawad KALASAG is one of the requirements set by the Seal of Good Local Governance of the Department of the Interior and Local Government. (PNA)